Pakistan, US Drones and Idle Threats 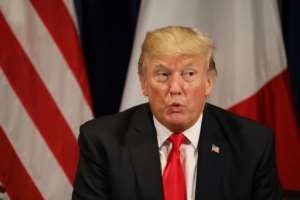 Should US drone operators and the officers responsible for them be concerned by the latest sentiments from the Pakistani Ministry of Defence? The head of the Pakistan Air Force, Air Chief Marshal Sohail Aman, made the most pointed remarks yet that the defence forces are not pleased.

Speaking at the opening ceremony of the Air Tech Conference and Techno Show in Islamabad on Thursday, Aman seemed spiky and unequivocal. “We will protect the sovereignty of the country at any cost.”

That protection entailed a prohibition against the drones from any state operating in Pakistani airspace. “We will not allow anyone to violate our airspace. I have ordered the PAF to shoot down drones, including those of the US, if they enter our airspace, violating the country’s sovereignty and territorial integrity.”

The upshot of his comment was one of competition rather than any new found moral fancy: the US, having monopolised drone warfare in the region, needed to be encouraged to pull out of it. Pakistani authorities, long lagging and ambivalent in the subject and the application of such force, has decide to pitch in with its own variant of unmanned aerial vehicle (UAV).

Outsourcing killing, notably when it involves almost three thousand civilian deaths since 2004 from 429 drone strikes (the figures come from the Bureau of Investigative Journalism), doesn’t look good for the image, as tarnished as the one Islamabad’s is.

The other context of this supposedly new approach lies in the trumpeted successes of the Pakistani security forces. This reclaiming of sovereignty is largely based on an assertion of competence: that Pakistan can fend for itself when it comes to dealing with Islamic militancy.

Sen. Nuzhat Sadiq , chairman of the Senate’s Standing Committee on Foreign Affairs, has been bold enough to suggest that removing and eliminating militants and terrorists within its borders has been, for the most part, successful. The need for controversial drone strikes initiated under the aegis of US imperial power has abated. “It is the policy now of the government not to allow any more US drone strikes on our soil, and the air chief has effectively conveyed it to the Americans.”

The history of US drones and their bloody harvest in the Pakistani context stretch back to June 2004. Under the Obama administration, drone warfare became a matter of elevated priority, a form of sanitised killing from afar that moved beyond the initial confines of Iraq and Afghanistan. The sweetness of his 2009 Cairo speech , full of conciliatory promise, and the heavily weighted olive branch to the Middle East, were soon forgotten.

The poll readings back in the US were good: slaughtering those with appropriate labels (militants, terrorists, primitive, freedom-hating darkies) was perfectly permissible even if it is did involve wholesale annihilation of families.

Pakistan was then both the host and undermining force of its own sovereignty, internally torn and compromised between ties with the very militants it was hoping to expunge. The ties to the Taliban remained strong within a certain factions, a nostalgic reminder of successes in previous conflicts of the mujahedeen.

US forces were effectively given a green light to wage robotic inflicted mayhem from the skies, a process that had the obvious appeal of perceived success. From 2011, the butchering in such areas as the tribal zones of Waziristan had become unsustainable for relations between Islamabad and Washington, at least from the perspective of public relations. The US duly relocated its drone bases to Afghanistan, another state with a troubled concept of sovereignty.

In April 2012, the Pakistani Parliament demanded an end to the CIA-directed drone strikes within Islamabad’s territory, reiterating the same point made in 2008. The only reason drones made their appearance in the outline of Parliament’s demands stemmed from pressure made by the Pakistan Muslim League-N party.

Then spokesman of the US State Department, Victoria Nuland , sounded a touch patronising in her reaction to the jitters from Pakistan’s politicians. “We seek a relationship with Pakistan that is enduring, strategic and more clearly defined. We look forward to discussing these policy recommendations.”

The Foreign Minister in June that year went further, describing the attacks as illegal, a crisis compounded by an incident in November 2011 when 24 Pakistani soldiers had been killed by NATO aircraft.

The not so attractive head that keeps rearing its head in these announcements is that of reliability. Such statements of defiance and indignation have been made before, not to mention the odd remark about shooting down US drones. Behind the scenes, strategists plot, shake hands and reach tacit understanding. Pakistani intelligence has played a role rather different from the public voices in Parliament, supplying the US with material on select militants. Complicity accompanies condemnation, the true voice of impotence.

On this occasion, the chatterers on the grape vine are claiming that something new is afoot. Aziz Ahmad Khan , a former diplomat, suggests that the “matter has already been settled with the Americans in some recent high-level meetings.”

A common form of unconvincing reasoning is frequently found in these musings: the drone strikes, deemed illegal, could now stop, because the militant threat has been minimised; but the drone strikes had, in any case, been reduced, enabling the Pakistan air force to work on its own unmanned aerial vehicles. The contradictions are bound to persist, with Islamabad continuing its troubled association with, and against, the predations of US foreign policy.