Homosexuality Should Be Made A Punishable Offence 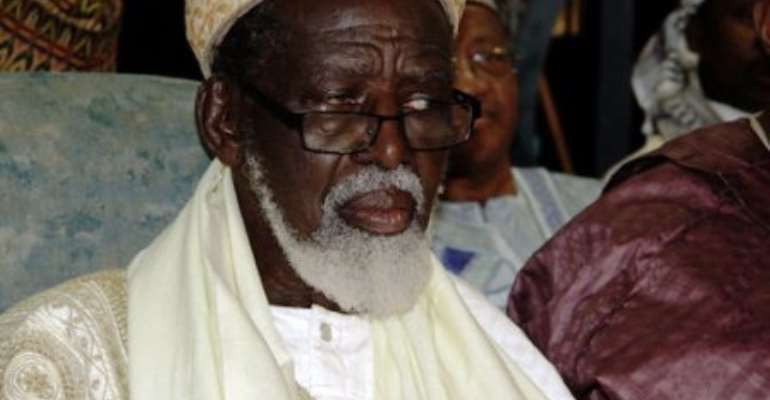 The Federation of Muslim Councils (FMC) says it is in no doubt, that homosexuality and same sex marriage remains an abominable subject (Haram).

It has therefore called on Parliament to enact a law to make it an offence punishable by law in Ghana, whether practiced publicly or privately.

A statement signed by Hajj Muhammad Kpakpo Addo, the General Secretary of the FMC and copied to the Ghana news Agency in Accra, emphasized that the Council was solidly behind an earlier call by Sheikh Osman Nuhu Sharubutu, the National Chief Imam on all moral minded Ghanaians, faith-based organisations and political parties to support and sustain the crusade to wean society off all morally abominable practices.

It said the call was made by Executives of the FMC during a courtesy call by his Eminence the National Chief Imam, Sheikh Usman Nuhu Sharubutu on the National Coordinator of FMC, Hajj Abdullah S. Williams in Accra, on Friday December, 1, 2017.

The statement said the FMC noted that, the practice of homosexuality was filthy, indecent, immoral and unhealthy in the minds of respectable Ghanaians and well-mannered children of God.

It reminded all Ghanaians that homosexuality, same sex marriage and transgender activities were an affront to God and history was replete with how God Almighty destroyed similar way-ward societies in the past such as the infamous Sodom and Gomorrah community in ancient times.

The statement said, the Qur'an cites the story of the "people of Lot" (Qur'an Chapter 26 verses 160-174) and how they were destroyed by the wrath of God, for they indulged in one lustful unnatural carnal acts among men.

According to the statement, the FMC said that homosexuality was opposed to God's plan and could lead to extinction of humanity and pointed out that Allah in his wisdom created not Adam and Hussein (Male and Male) but Adam and Hawa (Male and Female) to reproduce, procreate and fill the earth and, therefore anything that opposes Allah's order stood the risk of attracting His wrath annihilation.

It said the FMC charged Ghanaian Muslims to be vigilant against any pressures, to covert, to coerce them into condoning homosexuality or same sex marriage, and be guided by Allah's dictum in Qur'an Chapter three verses 110 thus: 'Ye are the best of people, evolved for mankind, enjoining what is right, forbidding what is wrong and believing in Allah.'