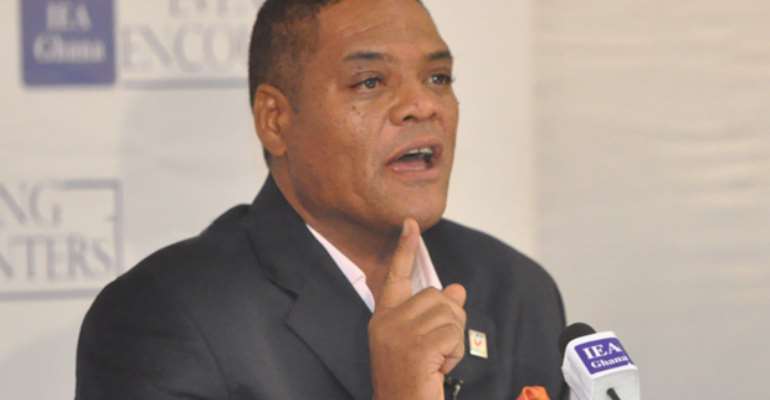 The 2016 presidential candidate of the Convention People's Party (CPP), Ivor Kobina Greenstreet, has pleaded with President Akufo-Addo to intervene and “stop the rent hell” that people are still going through by being forced to find one to two years' advance payments to secure accommodation.

Mr Ivor Greenstreet pleaded with the president to review the Act in favour of tenants.

Mr Greenstreet made the plea when he spoke with DAILY GUIDE on the 2017 budget and recent comments by President Akufo-Addo about trade and going beyond aid.

Ghana currently has a housing deficit of 1.7 million which tilts the power to the supply side of the housing sector. With landlords/landladies at the supply end, tenants at the demand end, and demand exceeding supply, they landlords/landladies have become incredibly powerful and thus, dictate the terms of the rental agreement. Previously, there had been suggestions for governments to intervene and control landlords/landladies by proposing an amendment of the Ghana Rent Act 220. Among many of the proposals for reforms in the Act was a monthly rent payment as opposed to the 6-month rent advance detailed under the current law.

In the informal rental sector, tales are often told of landlords/landladies who, after spending the huge rent advance paid by tenants, go to the extent of inflating shared utility bills in times when their finances are tight, to continue making money from tenants, even outside the tenancy agreement.

He said while some policies introduced by the government like Free SHS are commendable – despite implementation challenges – “There is absolutely nothing happening in the system and things are very difficult for everybody in their day-to-day lives with no relief in sight. That will always be the case until we review all agreements in the oil, gas, gold and the extractive sector and earn more from the natural resources the Almighty has bequeathed this country,” he said.

“We are all hoping and praying that next year will be better,” he added.