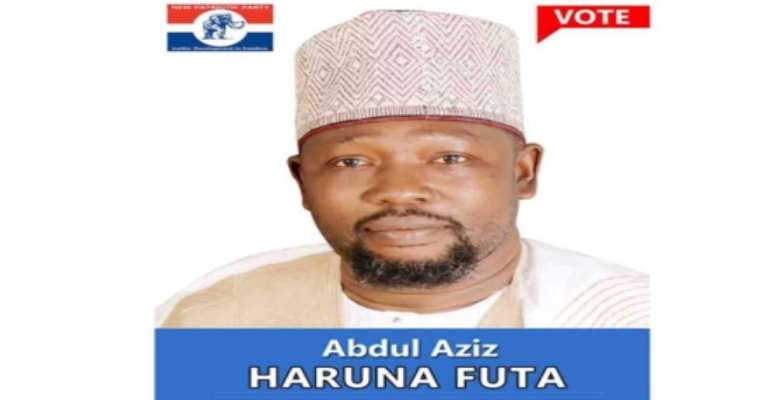 Speaking exclusively to this reporter in Accra on Wednesday, the aspirant also indicated that he has what it takes to win the national Nasara Coordinator slot based on his past reputation as a football administrator which has endeared him so much to the people

The Zongo Boy as he is affectionately called further indicated his readiness to undertake a free and fair campaign devoid of insults and disrespect to his fellow contestants.

‘’ We are all championing the same course but in different directions and as such I see no reason why we should undertake a campaign of insults and disrespect to each other’’ he said.

All the contestants I believe have the NPP at heart and as such we must not do anything negative that will jeopardize the party’s chances during election 2020, which I am sure we the NPP will be given the green light to continue our good work.

He disclosed that God willing if given the nod, he will tap on the experience and expertise of all well-meaning Zongo indigenes to help shape a positive image for the Zongos. He said regardless of one’s political affiliation, his leadership will operate an all-inclusive and open office policy where all Zongo people will be brought on board to suggest and recommend policies to better the lives of the people

On what gives him the optimism that he will be given the nod, the 39 year old aspirant pointed out that due to his tremendous service to Accra Hearts of Oak Football Club which made him famous across the soccer circles gives him an edge over his contestants

He noted that his priorities would be education, sanitation and youth empowerment within the Zongos if voted for and that he will run an open office for all. I will ensure the youth get skilled training in ICT, phone repairs, electronics, fashion designs, auto mechanics, carpentry amongst others to help eradicate joblessness and idleness among Muslim and Zongo youth.

This will help solve the problem of using Muslim and Zongo youth as thugs for the political parties to create tensions and confusions during electioneering periods in the country.

‘’The use of Muslim youth as thugs for political parties to cause confusions will be a thing of the past should I be given the nod as the next National Nasara Coordinator’’.

The former Accra Hearts of Oak management member now turned politician, mentioned that he has kicked start his campaign which is being well received by the delegates and the feedbacks are encouraging and also favors him as the best candidate for the national Nasara slot.

He said that he opted for the National Nasara Coordinator position because of his background and affiliation as a Muslim and a Zongo indigene respectively. This is the right time for me to step in and help my fellow Zongo indigenes, he noted.

He however pointed out that the real and vigorous campaign will start in January as the elections is expected to take place somewhere April 2018 pending a confirmation from a delegates conference slated for Kumasi on December 17th 2017.

He was however tight lipped on his campaign strategies with the excuse that he cannot unfold his strategies now since he is in contest with others but was quick to add that, at the right time, his plans and strategies shall be unfolded to the delegates and followers.

Mr. Abdul Aziz Futa stated that he will be more committed to the course of the New Patriotic Party either he wins the Nasara sit or not and that he believes the outcome of the Nasara elections will strengthen him the more to give his best to the party .

‘’I believe in the ideology of the NPP and as such, the outcome of the Nasara elections will never change my position on that but will rather inspire me to do more for the benefit of the party’’ he stated.

On his assessment of the 11 months Nana Addo led government, Chairman Aziz, as he is popularly known in the football circles was of the view that the government is doing well. He pointed out that for the first time in the history of Ghana; an elected government was able to name all its Ministers within a month or two of its assumption of office and also fulfilling its campaign promises.

He mentioned the ongoing free SHS policy, One District One Factory, planting for foods and jobs, Zongo Development Fund, national digitization and paperless systems at the ports as some of the indelible achievements of the NPP government in just eleven months.

"I believe in President Nana Addo to deliver on his campaign promises and we all have to pray for him to be able to deliver and make Ghana a better place for all".

On political party vigilantism within the ruling NPP, the aspirant cautioned his fellow party members to defend the party and not to destroy the party. The actions of these vigilantes if not tackled effectively by the party will jeopardize our chances of retaining the Presidency in the 2020 elections.

He however advised the youthful wings of the party to exercise restraints in their doings and that very soon the sitting President and his Vice will step in to solve their problems for them.

The aspirant encouraged Muslims in Ghana especially the youth to be law abiding citizens and good ambassadors of the Islamic faith and to also contribute their quota to the socio-economic development of Ghana.

Contrary to the notion that he wasn’t an Accra born, he said I was born and bred in Nima, a suburb of Accra before we relocated to Akwatia in the Eastern Region, where I had both my first and second cycle education respectively.

Mr. Abdul Aziz Futa who is vying for the top Nasara position for the first time, is the founder of the vociferous Chapter O, and the National Supporters Union of Ghana [NSU] both supporters groups for Hearts of Oak and the national teams of Ghana.

Chairman is Aziz , who is married and blessed with two female children , has the aspiration to become a legal practitioner in future.