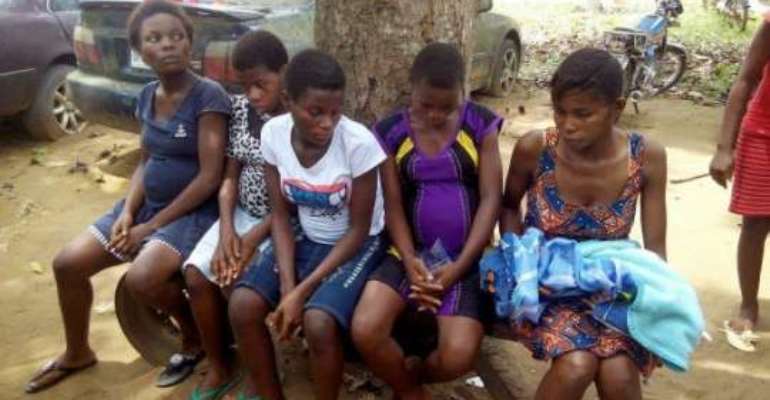 The Ghana Health Service (GHS) has over the last four years recorded more than 2,125 teen pregnancies in the Abura-Asiebu-Kwamankese (AAK) District of the Central Region.

On the average, 531.25 cases of teen pregnancies were reported and recorded annually.

In all, a total of 38 teen pregnancies were registered among girls between the ages of 10-14 years with 2,087 of adolescents' pregnancies between 15-19 years of age.

Additionally, the District has already recorded more than 280 teenage pregnancies in the first quarter of 2017, Mrs Kate Grimmon-Thompson, the District Public Health Nurse, gave the statistics at a Family Planning forum held in Cape Coast on Wednesday.

The forum brought together over 30 traditional leaders, media and health experts from AAK District and the Komenda-Edina-Eguafo-Abrim (KEEA) to dialogue on ways to promote family planning in their communities

The event, organised by the Health Service was fund by the United Nations Population Fund (UNFPA).

She indicated that the Service would soon roll out adolescent youth clubs in some communities to mount education on sex, family planning practices and other health-related issues.

The District Public Health Nurse, appealed to the clergy, teachers, assembly members, civil society organizations and the traditional councils to join the campaign to reduce the current trend of teenage pregnancies in the area.

That notwithstanding, she expressed the readiness of her outfit to bring the menace to its lowest minimum.

At KEEA a total of 510 cases were reported from January to September, 2017, according to Ms Juliana Armah, KEEA District Director of Nursing Services who attributed the issue to poverty and lack of parental care and control.

He admonished parents not to shirk their responsibilities towards their children.

Mr Lucio Dery, a Deputy Director of Administration of the GHS, said bearing and bringing up children was a capital intensive venture and therefore family planning was very important.

He stressed the need for increased sex educations by all stakeholders to enable the youth know how their reproductive systems function, how to use contraceptives and the truth about pregnancy and birth control measures.

Some participants suggested that parents should complement teachers' efforts in teaching moral education and appealed to government to terminate appointment of teachers who impregnate school girls and prosecute them as well.

They stressed the need for parents to bond with their wards through regular communication to afford children the opportunity to share their problems with them.

They also urged officials of the Domestic Violence and Victims Support Unit (DOVVSU) of the Ghana Police Service and the courts to severely punish men who impregnated teenagers to serve as deterrent to others.