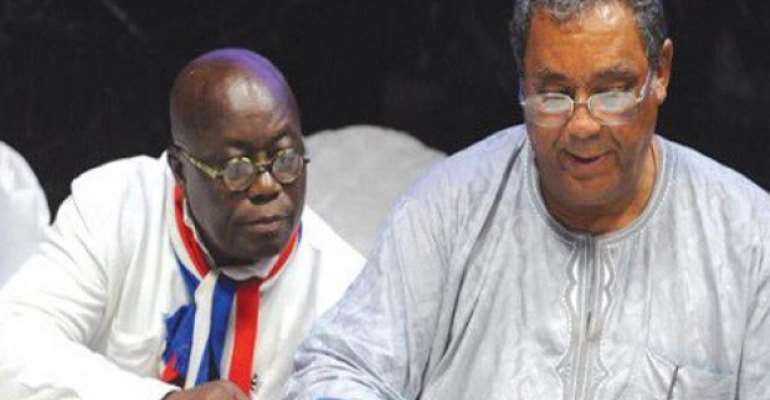 According to Mr Akufo-Addo, until his demise, Mr Obetsebi-Lamptey had been his childhood friend and contributed his quota to the development of Ghana.

Speaking at a thanks-giving ceremony to mark the one-year anniversary of the 2016 elections which brought the New Patriotic Party (NPP) into power, Mr Akufo-Addo said: “On an occasion like this, we can remember our colleagues who He [God] has called to his side and could not be with us on the day of victory.

“There are many but I hope all of you will forgive me if I single out one particular person because he was my childhood friend, we were born into this Ghana together, we stayed as friends right until his death.

“I cannot stand here and give praise without recognising Otanka Obetsebi-Lamptey. I seek God's blessing for him.”

It is recalled that Mr Obetsebi-Lamptey was one of the petitioners who challenged the results of the 2012 presidential elections in the Supreme Court. He joined the then-flag bearer Akufo-Addo and his running mate Dr Mahamudu Bawumia, to challenge the results of that year's elections.

The Supreme Court, however, dismissed the petition.