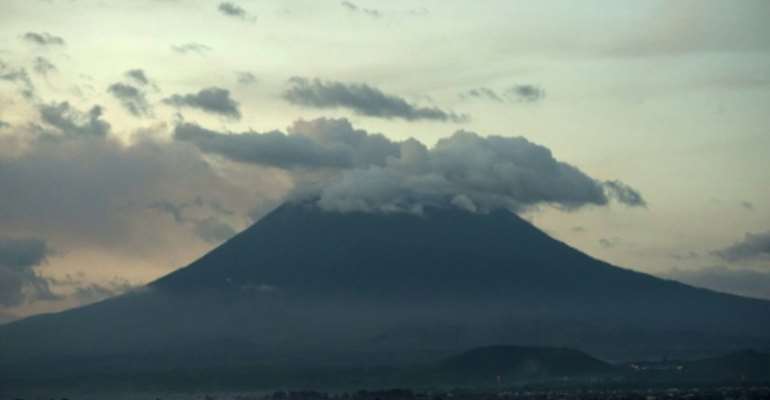 A series of tremors on December 5, 2017, suggests the basin of Lake Kivu, pictured here, "has become seismologically active" says an expert. By PABLO PORCIUNCULA (AFP/File)

Seismologists in Democratic Republic of Congo on Tuesday voiced concern after four light earthquakes were felt in the east of the country.

Four tremors, each higher than four on the Richter scale, have been recorded in less than week, with the latest overnight Monday registering 4.5, said Professor Kacho Karume, in charge of the Volcanology Observatory of Goma (OVG), told AFP.

Quakes are not infrequent in eastern DR Congo, a region that lies next to Rwanda, Burundi and Tanzania.

However, the series suggests the basin of Lake Kivu -- one of the African Great Lakes -- "has become seismologically active," said Karume.

"In the coming days, the public should expect far bigger quakes, with a magnitude of greater than five, until the Lake Kivu basin stops being active," Karume said.

The latest quake was close to Bukavu, the capital of South Kivu province, said Professor Prince Kaleme, head of the Centre for Research in the Natural Sciences (CRSN) in Lwiro, quoted by the UN radio station Okapi.

Kaleme said he was "worried" about the quakes, as they were intensifying.

The administrator of the territory of Walungu, Dominique Bofono, said no casualties had been reported but several churches and schools had been damaged or destroyed.

In September 2016, 19 people were killed in northwestern Tanzania in a quake that was also felt in Bukavu.

In February 2008, a quake in the region killed seven people in South Kivu and 38 in Rwanda, and injured hundreds more. It occurred as churches were crowded for Sunday morning service.

It was recorded at 4.6 moment magnitude, a scale that measures seismic activity differently from the Richter scale.

Akufo-Addo, Mahama to wrap-up campaigns with mammoth rallies...
45 minutes ago