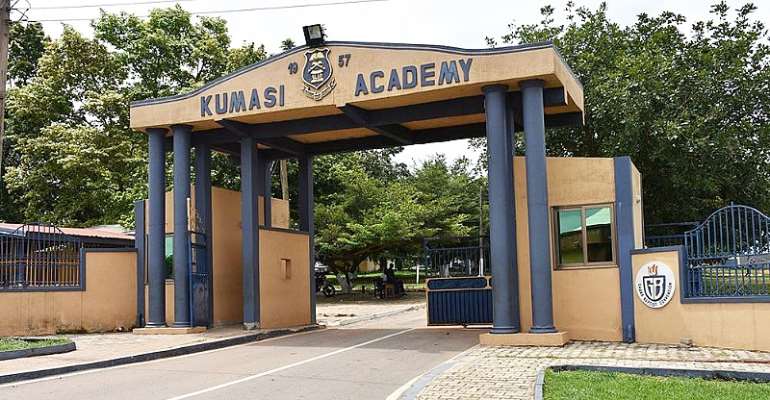 Some parents have clashed with the Police and security personnel at the Kumasi Academy (KUMACA) in the Ashanti region after the parents stormed the school to forcefully take their children home.

The agitated parents claim the school must release their wards after three more students were reported dead from meningitis Tuesday morning.

This brings to six, the number of students who have been killed by the deadly disease in the last few days.

According to reports, over 20 students are on admission at various hospitals in the Ashanti regional capital, Kumasi.

School authorities are preventing the parents from taking their children home due to fears that some students might have the disease and may spread them if allowed home.

Ultimate FM’s Isaac Bediako Justice reports that the angry parents are threatening to totally withdraw their wards from the school if they are not allowed to be taken home.

The Ghana Health Service on Monday revealed that all students of the Kumasi Academy will be vaccinated before they are allowed home.

Director of Public Health at the Ghana Health Service, Dr. Badu Sarkodie told Starr News that they are awaiting autopsy reports to establish the real cause of the deaths.

Dr. Sarkodie added that measures are being put in place to vaccinate all students to prevent any further death.

In total 13 students have died mysteriously at the Kumasi Academy since April this year.