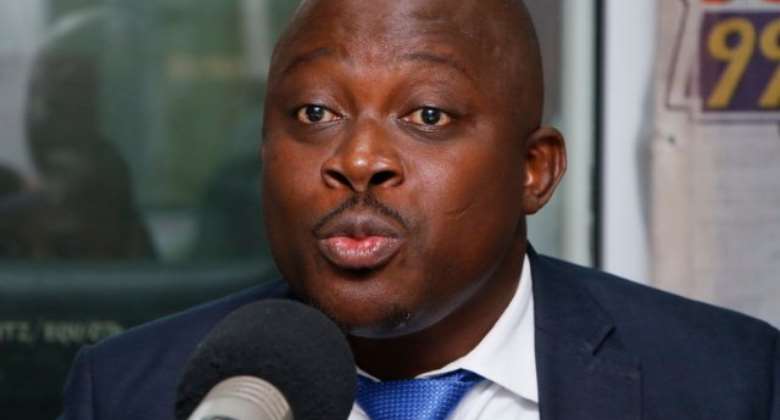 National Democratic Congress (NDC) MP for Bongo, Edward Abambire Bawa, wants Parliament to set up a bipartisan committee to investigate reports of alleged malfeasance in the distribution of pre-mix fuel to fisher folks.

The National Petroleum Authority (NPA), the industry regulator, revealed a while ago that about 200 trucks of premix fuel have failed to reach their destinations.

In response to the NPA report, the Energy Ministry ordered the Fisheries Ministry to probe the companies alleged to be complicit in the fuel diversion.

If found to have fallen foul of the law, the companies said to be diverting the product were to be suspended indefinitely, however, many months later the companies cited for the diversion are still operating.

The situation has prompted some stakeholders to allege that the malfeasance is spearheaded by some top government officials.

In a release Thursday, Mr Bawa, who is also a Member of Parliament’s Mines and Energy Committee said the Energy Minister, Boakye Agyarko, may be reneging on his responsibilities.

“This development also comes on the heels of the Minister for Energy’s refusal to make public, the report of the Dr. Lawrence Darkua's committee that supposedly investigated yet another scandal at BOST,” Mr Bawa said.

Read his full statement below.
PARLIAMENT MUST SET UP A BIPARTISAN COMMITTEE TO INVESTIGATE THE LATEST HAPPENINGS IN THE PETROLEUM DOWNSTREAM SECTOR

It has come to my notice and indeed the notice of most Ghanaians that about 200 trucks of premix fuel meant to power fishing boats in our coastal areas have been diverted to pump stations in the country and sold to unsuspecting motorists.

This is a very worrying development, particularly as fishermen are not only denied this subsidized product, which is critical to their operations, but also the product has the potential to damage the engines of vehicles.

It is indeed an off spec petroleum product for our pumps. What is more worrying is that, the chairman of the National Premix committee, who is a brother of the Minister for Fisheries (the appointing authority)is being alleged to be behind this scandal. If this is true, the Minister must, as a matter public morality and good governance resign.

This development also comes on the heels of the Minister for Energy’s refusal to make public, the report of the Dr. Lawrence Darkua's committee that supposedly investigated yet another scandal at BOST. This was a scandal where five million litres of off spec petroleum product was sold to an unlicensed company without going through the necessary procurement processes.

In essence, that process had all the marks of corruption written all over it. What is more disturbing is that, the Minister for Energy on November 23, 2017, in a response to a parliamentary question posed by me, told parliament that, as a measure to ensuring that off spec petroleum products do not get to our pump stations, NPA was using tracking devices on BRVs and a marking scheme to monitor the movements of all petroleum products.

This recent development proves that the Minister was not candid with Ghanaians. This is because, as at the time the Minister was making this statement, an agency under his supervision knew that an off spec product, in the form of premix fuel, was being sold at our pump stations.

This indicates that, the Minister can no longer be trusted to protect consumers against the sale of contaminated petroleum products in the country.

I am therefore calling on Parliament to, as a matter of urgency, set up a bipartisan committee to investigate this development, as the executive led by H.E. Nana Addo Dankwa Akufo-Addo has demonstrated it's unwillingness to tackle the problem for reasons best known to them.

Hottest Photo Reports
Catch up with all the political quotes from our politicians.
Advertise here
More Politics
ModernGhana Links
Ayorkor Botchway defends usage of Ghana’s presidential jet by other presidents
Parliament adopt revisions to 2022 budget despite Minority rejection
Minority to reject government’s ‘modifications’ to 2022 budget
Just reduce fuel prices; the plenty talks are unnecessary – Adaklu MP to gov’t
Revisions to 2022 budget not concessions – Jinapor
E-Levy: No amount of talks or reduction is needed; just scrap it – ASEPA to Ken Ofori Atta
I’ve written to Bagbin on some amendments to 2022 budget – Ken Ofori-Atta
Lead by example, don’t also travel abroad for one month – Ablakwa tells Akufo-Addo
Rawlings wanted me to run against Mahama in 2018 but I refused – Duffuor
TOP STORIES