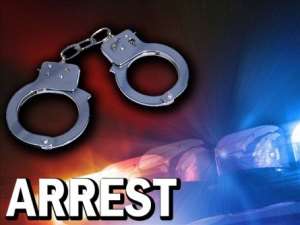 A 47-year old Civil Servant has been remanded into Police custody by an Accra Circuit Court over allegedly defiling a 15-year old Junior High School Graduate, at Mamprobi.

Michael Adjetey is said to have assured the victim of assisting her to secure placement in a Senior High School (SHS) but ended up allegedly having sex with her in a hotel.

Adjetey, charged with defilement, however, pleaded not guilty.

Mr. Joseph Turkson who represented the accused vehemently denied the allegation after the facts were narrated and prayed the court to admit the accused to bail.

However, the Court, presided over by Mrs. Abena Oppong Adjin-Doku, turned down the bail application.

Adjetey is expected to reappear on December 5.
Prosecuting, Assistant Superintendent of Police (ASP) Agnes Boafo said the complainant, who was the father of the victim, was an electrical engineer, residing at Ngleshie Amanfrom, near Kasoa.

The Prosecution said Adjetey was a staff of Controller and Accountant General's Department, and resided at Kasoa.

ASP Agnes said on September 6, this year, at about 0800 hours the victim who could not secure SHS placement, decided to go to the Ministry of Education, Accra, to see if she could get some help.

The Prosecution said Adjetey met the victim at the Ministry and after checking her result slip, he assured her of a placement.

According to the Prosecution, the accused stated that he had helped several people to travel and study abroad and that securing SHS placement was not a big deal at all.

Later, the Prosecution said Adjetey returned and picked the victim where they both sat in car with the excuse that they were going to a Minister's office.

The Prosecution said Adjetey, however, took the victim to a hotel and had sex with her.

A report was made to the Police and a medical form was issued to the victim to seek medical attention, while the Police picked up Adjetey.

The accused person, the Prosecution said, however, denied the offence in his caution statement.