Ghana Says No To 'Homo' 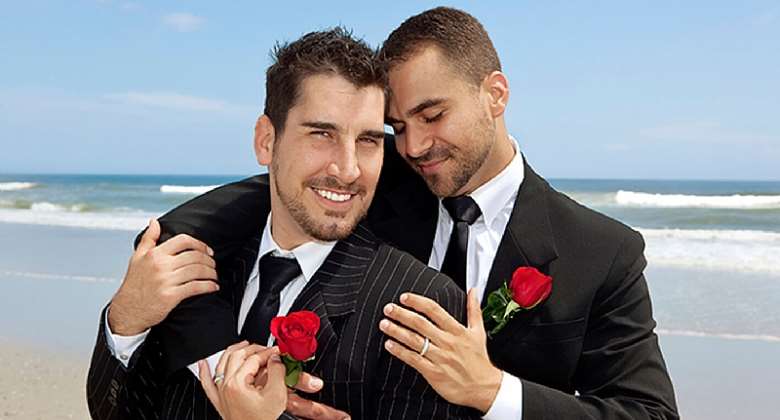 I have taken time to listen and read what the First Gentleman of Ghana said, in a response to a question posed by an Al Jazeera Host. The act is highly unacceptable and must be condemned as such.

Note that my take is on his response not his stance. I must say that I do not know his stance as at now - whether he's for or against homosexuality. But let me be quick to say that "Ghana frowns upon Homosexuality" - as simple as 'ABCD'. There was no need for the President to have taken time to explain what so ever point he was making. The answer should have been simple, "GHANA SAYS NO TO HOMO"

As a country and a society, we have our own core values that regulate us. It is rather unfortunate we are slowly shying away from these values that have been with us over years and, going in for what we have been made to believe it is called "Democracy and Right"

Ghana doesn't accept such a devilish, diabolic and satanic act. We don't need it here. It is highly evil and must, under no circumstance, be given a little bit of audience.

"In the Western world, our polygamy has been made illegal, yet they want to let us legalise homosexuality which has always been wrong"

Let's accept that we are separate societies. Let's stick to our norms and values as an African society. What is wrong here may be right there. In the same way what is right there may be wrong here.

Homosexuality is wrong in our part of the world irrespective of how fast Democracy is growing.

It is a shame to see people condoning this act all in the name of "it is their right" . Mr Gabby Otchere Darko is one and little did I expect such a comment from him. It's a pity!

I urge my President, H. E. Nana Addo to come out and condemn it. 'Homo' is bad and is highly unacceptable in Ghana and must be treated as such.