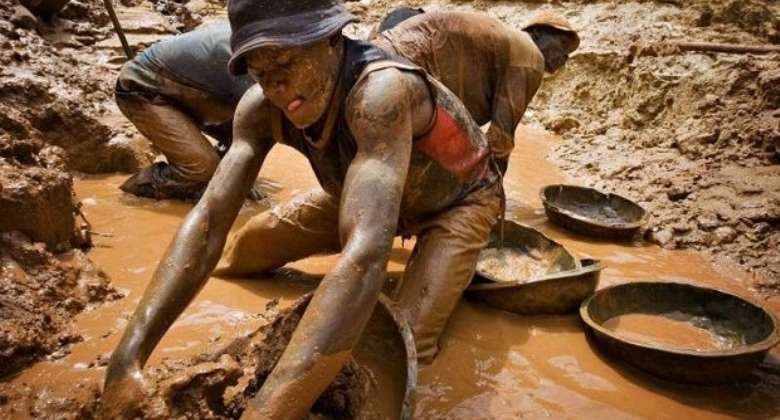 The State is seeking a change of jurisdiction in the matter of two Russians and two Ukrainians who were arrested and put before an Accra Circuit Court for engaging in illegal mining in Ashanti Region.

Ms Mercy Arthur a state attorney who took over prosecution told the court looking where incident took place they would prefer to go to a higher court.

The court presided over by Mr Aboagye Tandoh said it was in the bosom of the Chief Justice to change jurisdiction in an ongoing case.

Counsel for the accused persons was of the view that change of jurisdiction could be raised only if his clients were concerned about the current status of the court.

The accused persons Farid Isaev, Vadim Potokia, Saerhii Chepurniy all engineers and Genadiy Rubee, a Site Engineer are said to have engaged in illegal mining in the Ashanti Region.

The accused persons who pleaded not guilty are on bail.

Prosecuting Deputy Superintendent of Police (DSP) Cletus Abadamlora who handled the matter earlier said the complainant is a Police officer attached to the Lands and Forestry Ministry, whiles accused were foreigners from Russia and Unkraine but residents in country precisely Tontokrom in the Ashanti Region.

DSP Abadamlora said the Ministry of Lands and Forestry recently gave an ultimatum to all small scale mining companies and illegal miners popularly known as 'galamseyers' operating in the country to stop until their activities were regulated.

On May 22, this year, the sector Minister Mr John Peter Amewu and a team including the complainant went on a fact finding mission to ensure that the ban was being complied with at Manso Tontokrom.

On their arrival, DSP Abadamlora said they met the accused persons busily engaged in illegal mining.

The accused persons were using heavy equipment which had destroyed vast land including cocoa farms of the inhabitants and polluted their source of water.

When the accused persons were questioned, they said they were employees of Geo Professional Services, a Mining company. GNA