Brown Bear On The Loose In Siberia 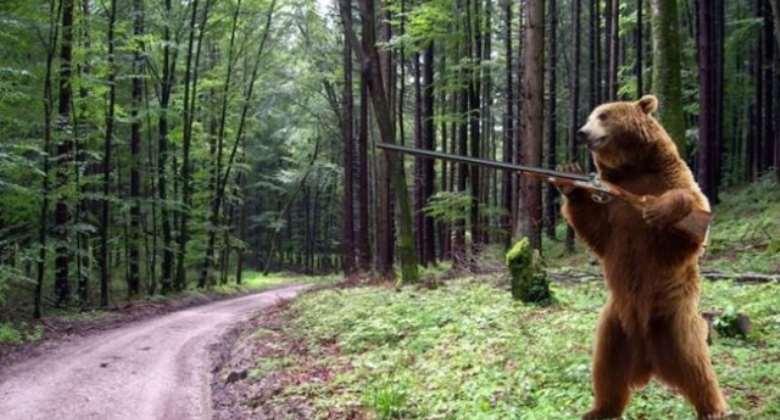 What comes to mind when you think of Siberia? Maybe vast expanses of snow-covered land, teeth-chattering cold, Lake Baikal, and the Tunguska meteorite mystery.

How about gun-totting brown bears? One such animal recently gave a hunter quite the fright, but more importantly, took off with the man’s bag, which happened to contain two firearms.

The incident took place in the Irkutsk region of Siberia, where an unnamed 57-year-old hunter stopped at a cabin in the woods, miles away from the nearest human settlement.

He left his belongings there and went to get some water, only to find a brown bear prowling around the cabin. The man panicked and ran into the woods, leaving his guns behind.

He only notified the local police about the incident after several days of searching for the weapons to no avail.

For all we know, the furry offender may now be roaming the taiga with a Vepr carbine and an IZH shotgun in tow.

According to a statement issued by the local interior ministry, “On November 16 [the man] was hunting miles away from the nearest village and decided to stay at a forest cabin.

He left his belongings in the cabin and went to get some water. On his return, he heard some suspicious sounds and spotted a bear.

To avoid an encounter with the animal, the hunter scurried off into the woods where he hid for several hours.”

Before leaving, the bear scratched a few logs and chewed on a plastic bucket, as evident from crime scene photos.

It’s very likely that the thieving beast has already gone into hibernation and taken the guns with it. Bear hunting season is open until the end of the month, but hunters may be hard pressed to find one because many are already taking their winter nap.

Well, you know what they say – sometimes the hunter becomes the hunted. This one at least escaped unscathed, not counting the emotional distress and perhaps a dent in his hunter’s pride.