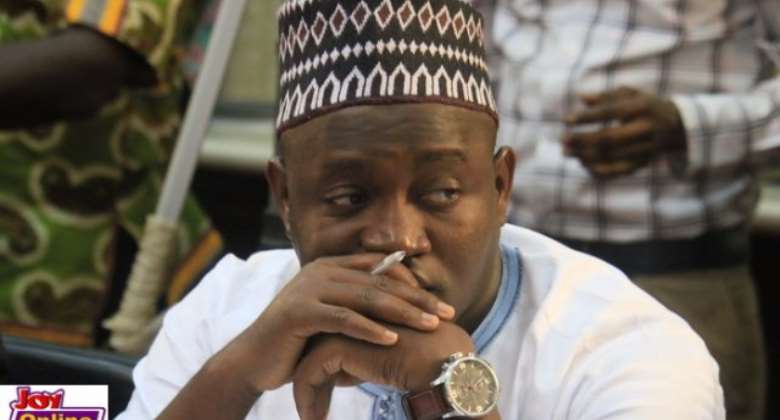 Member of Parliament for Tamale North, Alhassan Suhuyini says President Akufo-Addo has opened the gates for gay rights activists to agitate for the decriminalization of the act.

Responding to the president’s comments on gay rights, Mr. Suhuyini told Joy News TV’s AM show on Monday that Akufo-Addo’s stance on the controversial topic was unclear and will open the door for gay communities to mount pressure on the government to amend the law.

Currently Ghana's laws frown upon any form of unnatural penetration with majority of Ghanaians kicking against gay relationships.

But the president's comments in an interview on Aljazeera appear to have triggered yet another debate on the controversial subject.

While he admits homosexuality does not conform to Ghana's culture and traditions at the moment, the president hinted the law could be changed to legalize the practice if public opinion should sway in the favour gay rights advocates .

He added that homosexuality talks were however not on the agenda for Ghana at the moment.

“His comments do not make Ghana’s stance on the issue any clearer”, Suhuyini said.

Analysing the president’s comments, Mr. Suhuyini said the president is “offering a free consultation to the gay community” on how to get it on the agenda.

“He recounted how it happened in England, where he grew up and says it will take the same processes for it to become a topical issue in Ghana as well, that’s giving free consultation to the gays on how to get their demands met”, Suhuyini stated.

He also suggested that the NPP “takes a back seat and draft a convincing statement to Ghanaians that states that the president didn’t mean what he said or the lobbyists may lobby the government until they have their way”.

His comments contradict that of the late President Atta Mills who was unequivocal in his statement that homosexuality won’t be accepted in Ghana.

Prof. Mills in 2011 stated that he will never legalize homosexuality because it is an affront to the country's values and culture.

"I, as president, will never initiate or support any attempt to legalize homosexuality in Ghana," he said.

Some civil society groups including the Christian Council of Ghana have been quick to demand explannation from the president on what Ghana's position is on gay rights.

The Council believes a clarification of the matter will help a great deal.