By Laurence BENHAMOU and Clare BYRNE 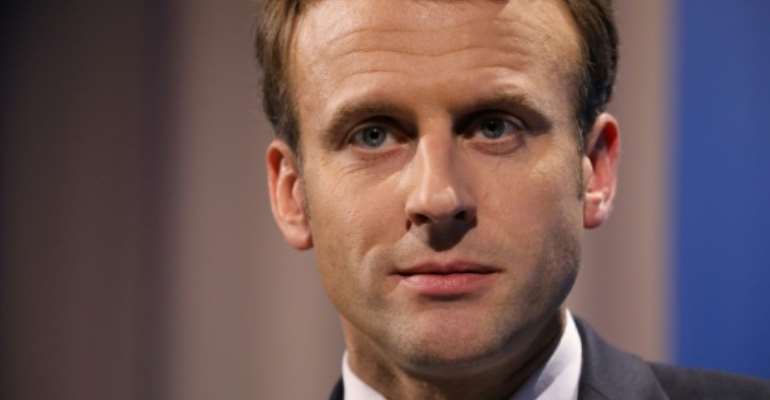 France's President Emmanuel Macron will stress that he wants a partnership of equals with Africa, based on education and entrepreneurship.. By LUDOVIC MARIN (AFP/File)

French President Emmanuel Macron will tour Africa this week to try to boost France's flagging influence on the continent and convince young people eyeing Europe's shores they have a future at home.

It comes as Europe tries to find ways to stem the flow of migrants across the Mediterranean without leaving them to the mercy of traffickers in transit countries like Libya, where they face torture, rape, and -- as a CNN report showed recently -- being sold into slavery.

Macron will also be seeking international backing for a new, five-nation African counter-terrorism force, which France hopes to see eventually take over the fight against jihadist groups in the Sahel region.

Above all, his advisors say, he will stress that he wants a partnership of equals with Africa, based on education and entrepreneurship.

France's youngest ever president at 39 has been taking counsel from a group of young French business people of African origin about how to buff his country's image on a continent where for decades it propped up ageing francophile autocrats.

He is also on a mission to make amends for his controversial remarks this summer about Africa. 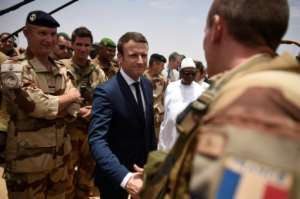 Since becoming president in May, Macron has paid two visits to Mali, home to a 4,000-strong French regional counter-terrorism force.

In a July speech diagnosing demographic, democratic and security challenges in Africa Macron said the continent had "civilisational" problems and listed women having "seven or eight children" as a challenge.

Burkina Faso's new president Roch Marc Christian Kabore has called for a reset in relations, based on "equality, mutual interest and respect".

Alain Antil, an Africa specialist at the French Institute for International Relations in Paris, said France appeared out-of-touch with the aspirations of ordinary Africans.

"In francophone West Africa the feeling is that France is in tune with the leaders but not with youth or civil society"," he told AFP.

Since becoming president in May, Macron has paid two visits to Mali, home to a 4,000-strong French regional counter-terrorism force.

The first leg of his tour takes him to Burkina Faso, a country with a proud tradition of independence which ousted its president in a 2014 revolt after he tried to extend his 27-year hold on power.

Several Burkinabe organisations have called for protests during Macron's visit over what they call the "looting" of resources by French companies and the continuing use by 14 West African countries of the CFA franc currency.

France is also viewed with some suspicion for having helped ousted leader Blaise Compaore avoid justice by fleeing to Ivory Coast and faces growing pressure to extradite his brother Francois, who was arrested last month in Paris.

Macron, who has a knack for disarming critics during face-to-face encounters, will deliver a speech Tuesday on his Africa policy to some 800 students in the capital Ouagadougou and take questions.

"The president aims to change the perception of France through young people," his advisors said, acknowledging that Burkina Faso's youth "do not necessarily have a good image of France".

From there he will continue onto Ivory Coast's commercial capital Abidjan for an African Union-European Union summit. 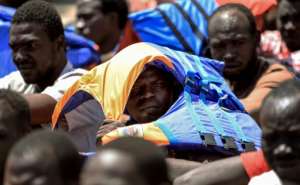 Macron will call for greater efforts to combat the trafficking of migrants up through Africa to Libya, where they pile into rickety boats that often sink en route to Europe.

Macron will call for greater efforts to combat the trafficking of migrants up through Africa to Libya, where they pile into rickety boats that often sink en route to Europe.

He is expected to stress the importance of education and entrepreneurship in helping young Africans find jobs at home.

In an interview with AFP ahead of the summit, the head of the African Union Alpha Conde, who is also Guinea's president, said African countries wanted "more investment than aid".

"What we want is the ability to transform our wealth to develop Africa," he said.

France's pro-business president will also lay the cornerstone of Abidjan's metro system -- a huge project for which Paris has provided a 1.4-billion-euro ($1.7 billion) loan.

His tour will end in the former British colony of Ghana, a beacon of stability in the region that falls outside France's traditional sphere of influence.

The former investment banker, who speaks fluent English, will be able to draw on his own experience, having interned for six months at France's embassy in Nigeria as a student.

Comparing Macron's Africa credentials with his predecessors, Frederic Lejeal, editor of La Lettre du Continent newsletter on West Africa, said: "The difference is he knows Africa....(he) has a multipolar vision and sees the continent as a tremendous wellspring of economic opportunity."