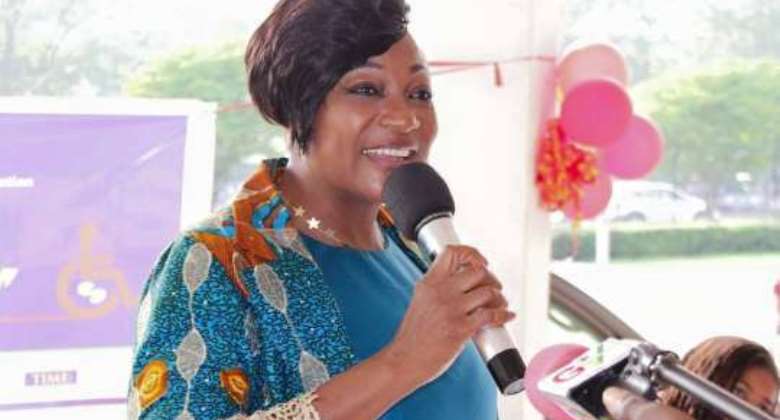 The Government has taken concrete steps to enhance the lives of women and creating an enabling environment for their progress and advancement, Madam Otiko Afisah Djaba, Minister of Gender, Children and Social Protection, has said.

She said the National Gender Policy focuses on mainstreaming Gender Equality and Women's Empowerment in all Ghana's developmental efforts.

Madam Djaba made these remarks at an International Leadership Conference for Women in Higher Education in Accra.

It forms part of the AAU's 50th Anniversary Celebration on the theme "[email protected]: Achievements, Challenges and Prospects for Sustainable Development in Africa".

The one-day intensive leadership conference, aimed at empowering young women in higher education to reach their full potential and aspire to leadership positions in their chosen fields.

The Gender Minister noted that government's Free Senior High School (SHS) policy provided an excellent opportunity for all young girls to get SHS education and prepare themselves for leadership positions in the near future.

'I am particularly excited about this initiative because it has put so many girls who would have ended up as street girls, in prostitution, or married off, or as house helps in school; thus ensuring we leave no one out', she added.

Madam Djaba said her Ministry believes that empowering women and achieving gender equality was fundamental to the realisation of the United Nations' Sustainable Development Goals (SDG).

She said Ghana is at a point where empowering women and promoting women's rights was not only important for national development, but critical for the achievement of the SDGs.

She said the President of the Republic of Ghana who is the African Union (AU) Gender Champion is strongly committed to creating opportunities for women, as such, all and sundry should avail themselves as women to make life better for themselves and their families.

The Gender Minister said, moreover, Ghana was committed to increasing the participation of women in governance and public life from thirty to forty percent by 2020 as proposed in the Affirmative Action Bill.

'This will ensure that our female population is protected and given the requisite push to the very top or occupy enviable positions in our country', she said.

Professor Etienne Ehouan Ehile, the Secretary General of AAU, said the conference would create a critical stage for the sharing of knowledge, ideas and cutting-edge skills required for success at leadership positions.

He said AAU has been instrumental in building the capacity of member universities through its flagship programmes, among them being Leadership Development Programme, University Advancement and Quality Assurance Workshops.

Prof Ehile said these were all geared towards providing quality education to speed up the continent's development; and in advocating and assisting to create research and education networks in Africa to negotiate higher bandwidth at cheaper prices for Higher Education Institutions in Africa.