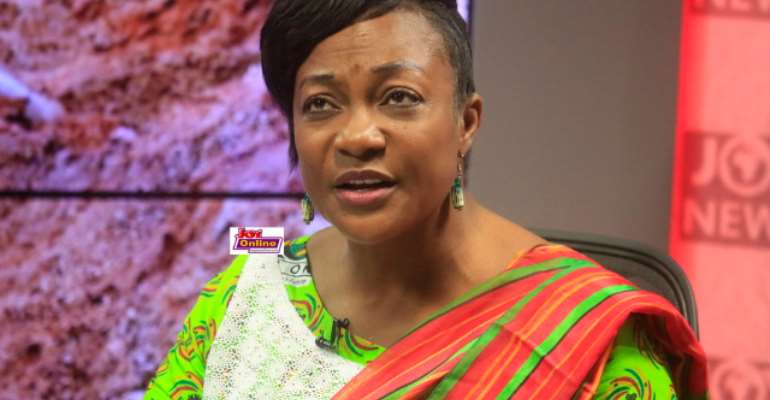 Ghana will from today November 25 to December 10 join the rest of the world to embark on a campaign against Gender-based violence.

The celebration is to reinforce the International Day for the Elimination of Violence against Women.

Touching on the theme of the campaign which is "LEAVE NO ONE BEHIND: ‘’END VIOLENCE AGAINST WOMEN AND GIRLS’’, the minister said;

“There could not have been a more appropriate theme than the one selected for this year because statistics by the National Domestic Violence Unit (DOVVSU) of the Police Service indicate that from January to March 2016, 79 perpetrators were arrested for defilement whilst no woman was arrested for the same purpose meanwhile, 187 females were defiled as against 11 males within the same period”, Mad Djaba stated.

The 16-day program is expected to include the following activities:

Outreach to some selected schools
Radio and Television Talk Shows across the regions.

Stakeholders Meeting on Inclusive Policy on Education Forum on Disability

The Minister stressed that, “violence against women and girls is a crime against humanity and is punishable by law”.

“Women’s Rights are Human Rights because women are human. This, therefore, is to sound a warning to perpetrators out there that no one has the right to abuse another, no matter the situation so violence against women and girls has no justification”, she added.

The campaign is set to end on December 10, which coincides with the International Human Rights Day.