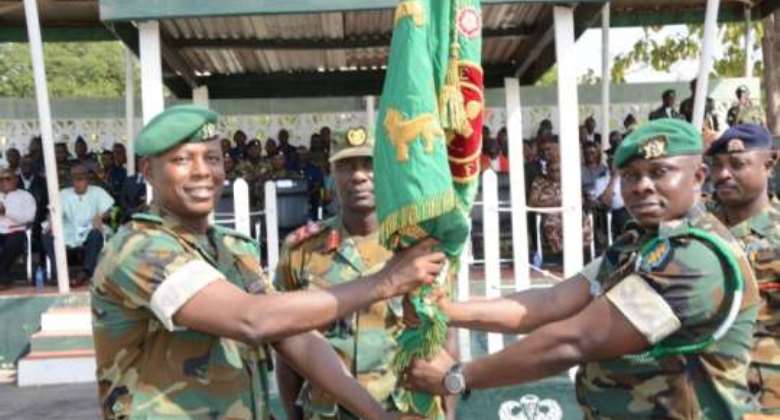 Lieutenant Colonel (Lt Col) Antwi Awuah Darkwa has taken over the baton as the new Commander of the Airborne Force of in Tamale.

He took over from Lt Col Joseph Malik Punamane, who has completed his three-year tenure, and headed back to the Army Headquarters.

A contingent of officers from the Airborne Force in Tamale held a change of command parade and pulling-out ceremony at the Barwah Baracks in Tamale in line with military custom to bid Lt Col Punamane farewell.

Lt Col Punamane, before officially handing over the baton of command to the new Commander, said he was proud and pleased with all the achievement in maintaining peace, law and order in the Northern Region entreating the new Commander to do same and keep the Airborne spirit alive.

He urged the military men and women to offer their support to the new Commander in his line of duty to offer the best of services to uphold law and order to keep citizens safe and maintain peace in the country.

On his part, Lt Col Awuah Darkwa, the new Commander, called for unity among personnel at the Unit to enhance their work.

He said firm unity within the Unit would help in building capacity of personnel to be able to contain situations and to have timely reactions to issues as Special Forces of the Ghana Army.