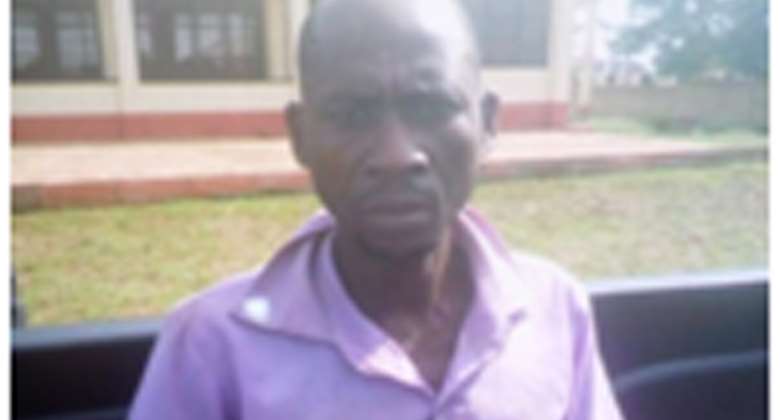 A TECHIMAN Circuit Court in the Brong Ahafo Region has last Friday jailed a 32 years old farmer, Issah Ababuo, for 23 years for defiling a nine year old class two pupil at Kokofu in the Atebubu Amanten district of the region.

The convict who originally appeared before the Atebubu Magistrate's Court was later transferred to the Techiman court where the sentence was slapped on him by his Lordship Greyham.

Prosecuting, Sergeant Emmanuel Kudalor, told the court presided over by his Lordship Greyham that Issah was a friend of the little girl's family (mother) and used to visit them often. On one of such visits, the little girl's mother had gone to church leaving the small girl sleeping in a room. Realizing that the girl's mother was not around, Issah entered the room, used his palm to cover the girl's mouth to prevent her from shouting and went ahead and defiled her.

The little girl identified the convict because of his dress. This is because Issah had earlier, on that fateful day, visited the house in the same shirt. The judge described Issah's conduct as wicked and consequently sentenced him to 23 years imprisonment.