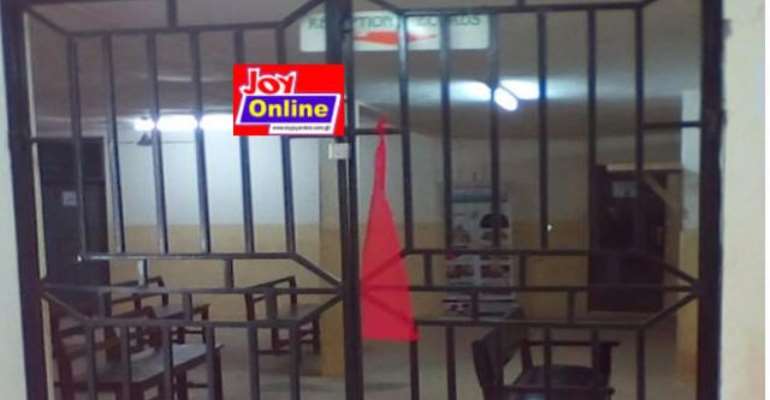 Nurses at the Ankaful Psychiatric hospital in the Central region have rejected an apology from their embattled Director noting it only added insult to injury.

A leader of the 500-strong nurses, Emmanuel Ofori, told myjoyonline.com, "is that even an apology?...inciting people? insulting people?" and revealed the staff's determination to push through their demand for Dr Eugene K Dordoye's exit.

A four-page letter containing an unreserved apology from Dr. Dordoye nonetheless reserved some portions to chronicle several acts of indiscipline by some nurses.

He explained that in his disciplinary zeal, he may have "gone overboard" as his measures appear not to have gone down well with the workers hence the strike.

But the apology has injected fresh zeal into the strike as it enters day two.

"The way the staff became angry after reading the said apology letter, it was just surprising" Emmanuel Ofori said.

According to him, the staff were not copied in the apology letter sent to the Central Regional minister Kwamina Duncan and the CEO of the Mental Health Authority Dr. Akwasi Osei

He said this allows those schooling to work on the night shift.

"No staff will use working hours for private purposes", he said and accused the director of also using working hours to lecture at University of Cape Coast where he is a part-time staff.

Chronicling the genesis of the strike, Emmanuel Ofori said for several months the nurses have been appealing to higher authority to replace the Medical Director.

He said a hospital's Quality Assurance survey done last year showed that about 52% complained of the Director's leadership.

Emmanuel Ofori said following a formal petition to the Mental Health Authority weeks ago demanding Dr.Dordoye's removal, it was revealed that some 17 anonymous petitions had already been sent to the Authority.

The spokesperson of the striking nurses said last week Friday, a delegation led by the Central regional minister Kwamina Duncan visited the hospital to mediate between the staff and the Director.

At a staff durbar, the Central regional minister asked the Director to apologise to the staff, he said.

"When he attempted to apologise, the meeting became chaotic….and he was sneaked out of the meeting".

Emmanuel Ofori said after enduring the one-year leadership of Dr. Eugene Dordoye, they can no longer work with him.

"At this point where we have gotten to, the staff are saying he should be taken out".