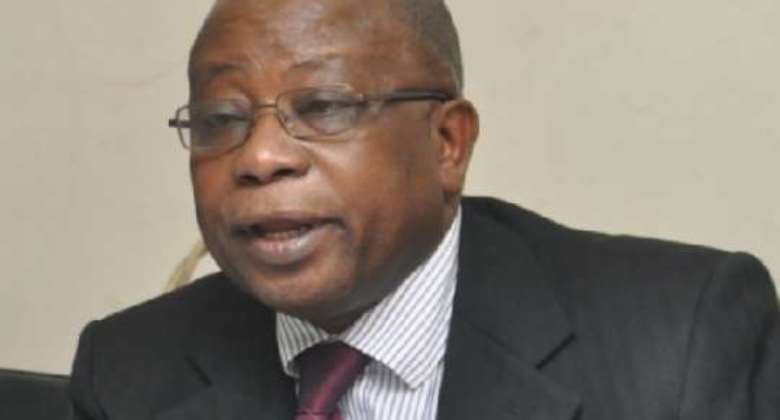 Mr Kwaku Agyeman-Manu, the Minister of Health, has called on the leadership of the aggrieved staff of the Ankaful Psychiatric Hospital in the Central Region to use dialogue in resolving the outstanding issues.

He gave the assurance that he was committed to resolving the current impasse at the Psychiatric Hospital and other facilities across the country, adding that dialogue, rather than an industrial strike action, should be the way forward to ensuring amicable solutions to problems.

Mr Agyeman-Manu, whose comments during a media encounter at the Ministry of Information's Meet-the-Press series in Accra on Thursday, said he considered the reports of the Staff of the Ankaful Psychiatric Hospital abandoning inmates at the facility, to begin a sit down strike, as unfortunate.

The staff of the facility were said to be furious over the refusal of the Health Minster to sack their Medical Director, Dr Eugene Dordoye, who was allegedly accused of being corrupt and having poor human relations and managerial skills.

To this end an ultimatum was given by the aggrieved staff after they rejected an apology from their boss.

Mr Agyeman-Manu said the leadership of the nurses had been invited for a meeting over the misunderstanding between the two factions, saying, 'This issue is seen as a personality clash but the Ministry will do everything possible to resolve it by Tuesday, November 28, 2017.

The Sector Minister said the Ministry inherited several challenges, which included the dwindled budget allocation of only three million Ghana cedis to the entire health sector in 2016, leading to huge indebtedness to all psychiatric hospitals across the country.

He said this has, however, been increased currently to 80 million Ghana cedis in 2017 to allow for the settlement of those debts and to ensure quality services, drug availability and improved facilities at the service points.

Mr Agyeman-Manu pleaded with all the agencies under the Ministry to exercise patience and bear a little bit with the Government while things were put in place to address the problems in the health sector.

Hottest Photo Reports
Catch up with all the political quotes from our politicians.
Advertise here
More Health
ModernGhana Links
COVID-19: GHS advises against opening of land borders in 2022 1st quarter
Denmark supports Ghana with 2.1 million covid-19 vaccines
Ghana not recorded community transmission of Omicron variant yet – Dr. Kuma-Aboagye
Covid-19: Vaccines should work against Omicron variant — WHO
Dome Kwabenya Constituency gets NHIS Office
Everybody is vulnerable to HIV infection — HIV Ambassador warns
Chamber of Pharmacy rolls out 5 year strategic plan
COVID-19: Travelers who test positive will still go through isolation – Dr. Nsiah-Asare
Covid: It will be excellent to vaccinate 80% of the population before Christmas — GMA
TOP STORIES