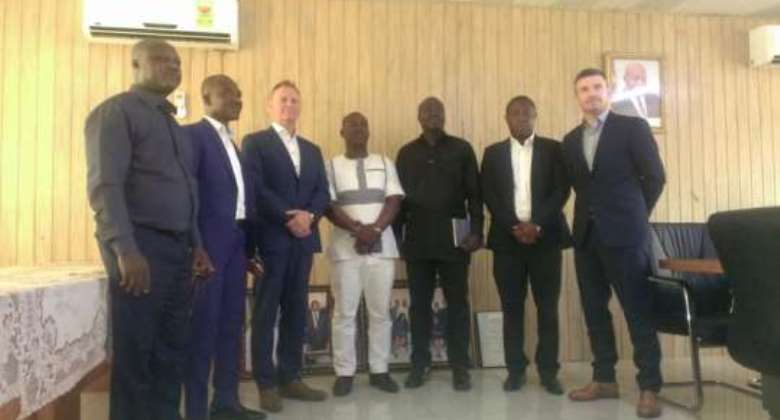 The State Transport Corporation (STC) has signed a Local Purchase Order with Sadel, the local representative of Exol Lubricants Limited, United Kingdom, for the supply of lubricants (LDF3) to improve the efficiency of its buses.

The lubricants, manufactured by Exol, are the recommended engine oil for the STC's Scania buses to improve engine efficiency, enhance fuel economy and ensure value for money and optimise the performance of the buses.

Mr Paul Eastwood, the Exports Sales Manager of Exol Lubricants Limited, during an interaction with the technical team of the STC in Accra on Thursday, said the engine oil was specifically manufactured for Scania buses.

Mr Eastwood noted that the Corporation's products were international brand with low emission and patronised by many developed countries.

Therefore, he said, the Management of STC signed a Local Purchase Order with Sadel for the supply of nine drums of engine oil constituting 8,112 litres.

In addition, he said, the Exol products could withstand high temperature without losing the quality of the ingredients used in manufacturing.

Mr Glory Bani, the Head of Technical Services at the STC, noted that the STC buses travelled to Senegal, Mali, Niger, Burkina Faso and other West African countries, therefore they required lubricants that could endure high temperatures and still maintain the viscosity and the ingredients in them.

'The LDF3 is doing well and still need the maintenance of the buses' engines since the frequent changing of oil at every 10,000 kilometres is more costly than 30,000,' he noted.

Mr Bani expressed optimism that the introduction of Exol products would save STC financial resources, which could be used to enhance the efficiency of the firm.

In October 2016, the Management of STC acquired 50 Scania buses to boost its operations and is expected to add more fleet of buses.