Security Services To Embark On Drills To Help Counter Terrorism 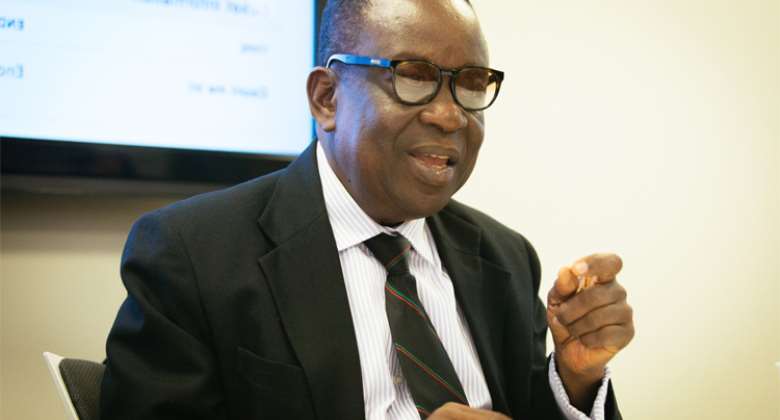 The security services in the country will over the weekend undertake a simulation exercise to educate the public on the fight against terrorism.

The exercise codename, 'Exercise Home Shield' is to mimic real life scenarios to help stakeholders to objectively assess the capabilities of counter-terrorism agencies in the country.

It is expected to sharpen the skills of the security agencies to tackle terrorist attacks and recover from it.

It seeks to ensure that appropriate command and control arrangements are in place to address problems for different organizations to become accustomed to working effectively together.

The exercise has been necessitated by terrorist attacks in neighbouring countries such as Mali, Burkina Faso and Cote d'Ivoire recently.

The Director of Counter Terrorism at the Ministry of National Security, COP George Asiamah (Rtd), at a media briefing, said terrorism is a serious threat to international peace and security.

“It is a global menace which requires both national and international counter measures.

The terrorist networks, organizations and individuals have assumed dramatic shifts in their methodologies and modus operandi.”

COP Asiamah mentioned that terrorists groups such as Al-Qaeda in the Islamic Maghreb (AQIM), Islamic State in West Africa Province (ISWAP), commonly known as Boko Haram, Movement for Unity and Jihad in West Africa (MUJAO) Ansar Dine Ansar Al Sharia, among others, have sought to extend their operational theaters and spheres of influence in the region, focusing recent attacks on soft targets to cause extensive civilian casualties, perpetrate fear and draw high level of attention.

The Director of Counter Terrorism at the National Security Ministry averred that in this particular simulation exercise, some media experts have been invited to share their knowledge and insight, especially the role of the media in responding to emergency situations.

“At the end of the day, the media will be empowered to effectively perform its traditional role in covering terrorist attacks and give accurate and timely information to be public.

COP George Asiamah (rtd) noted that building a resilient Ghanaian society to tackle terrorism requires the use of shared values embedded in our customs and traditions.

“We need to build and sustain a community of counter terrorism professionals through multi-disciplinary training and refresher courses periodically to sustain our alertness.

The Director of Public Relations of the Ghana Armed Forces (GAF) Colonel Eric Aggrey Quashie said in the event of terrorist attack, there will be a communication team comprising personnel from Ghana Police Service, military, National Security Secretariat, Ghana National Fire Services, Ghana Health Service and others at the scene to constantly update the media on unfolding events.

He urged the media to work professionally during crises to avoid speculations.

I won’t be an impediment to free, fair and transparent elect...
33 minutes ago