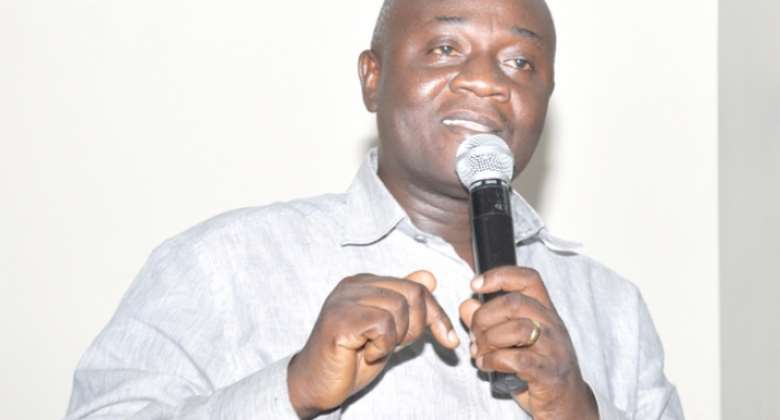 A total of 400 chiefs and scores of opinion leaders, including kingmakers from the Volta Region, are reportedly behind the petition submitted to President Akufo-Addo, calling for the creation of the proposed Oti Region out of the Volta Region.

This came to light yesterday when the petitioners from the region, represented by the Joint Consultative Committee (JCC) for the creation of the Oti Region, appeared before the Justice Alan Brobbey Committee of Enquiry on the creation of new regions to make their case on why they think there is the need for the Oti Region to be created.

Several of the traditional rulers namely, Nana Ogyeabour Akompi Finam II of Kadjebi Traditional Area; Krachiwura, Nana Mprah Besemuna III, Chairman of the JCC; Nana Owusu Afari, Coordinator of JCC from the Worawora Traditional Area, among others, turned up for the meeting.

The Justice Brobbey Commission was formed by President Akufo-Addo under Constitutional Instrument (CI) 105 to, among other things, inquire, pursuant to petitions, into the need and substantial demand for the creation of new regions, and thereby, the alteration of the Western, Brong-Ahafo, Northern and the Volta Regions.

Six proposed new regions are on the table to be debated on for their creation or otherwise.

It is the same CI 105 that mandates recommendations to be made to the president, based on findings, and to specify the issues to be determined in a referendum and the places where the referendum should be held for the creation and alteration of regions.

At its first sitting on Tuesday, November 21, the commission met petitioners from the Western Region who are pushing for the creation of the Western North Region.

The meetings are being held in camera and journalists are only allowed to cover the introductory sessions and have brief interactions with the petitioners.

“Basically, it is for one reason. We want the place to be developed, physically and humanly so that we'll also get our fair share of the national cake. We are not asking for all the cake but at least we must get some,” according to Mr Addeah.

According to him, 60 years after Ghana gained independence from Britain, the Volta Region remains one of the poorest regions, with little being done to remedy the situation.

The region, he lamented, lacks basic amenities like hospitals, universities and good roads, saying that it has been grossly denied its fair share of the national cake for decades.

Asked what accounted for the under-development of the Volta Region, he told DAILY GUIDE that a number of factors were responsible, including what he termed as a deliberate colonial policy not to develop the region.

“…A number of factors. From the colonial days, it was deliberate British policy not to develop the northern side of the Volta Region and the Northern Region. It was a colonial policy and when the colonialists have left, our own people sitting in the regional office did not take good care of the people up north,” he declared.

No decision has been taken on where the regional capital should be sited, should the proposal be honoured by the government to have the new Oti Region created, he told this paper.

Four more petitions – two each from the Brong-Ahafo and Northern Regions – are awaiting the attention of the Justice Alan Brobbey Commission on the re-demarcation of possibly six new regions.

The move to create new regions is in fulfillment of the New Patriotic Party's campaign promise to carve new regions out of the Brong-Ahafo, Western, Northern and Volta Regions.

Upon assumption of office, President Akufo-Addo created the Ministry of Regional Reorganization and Development, headed by Dan Botwe to supervise the process.

Justice Brobbey, a retired Supreme Court judge, reiterated yesterday that the purpose of the meetings was to afford the commission the opportunity to hear at first-hand from persons who have submitted petitions for the creation of regions.

Warning
He, however, warned those sitting in closed doors meeting not to attempt publishing or circulating details of the proceedings, saying the status of the commission is similar to that of a high court and that anyone who flouts its orders would be held liable for contempt.

Caption: Kwaku Addeah (middle) conferring with the Krachiwura shortly before the opening session. Second right is the Chairman of the JCC