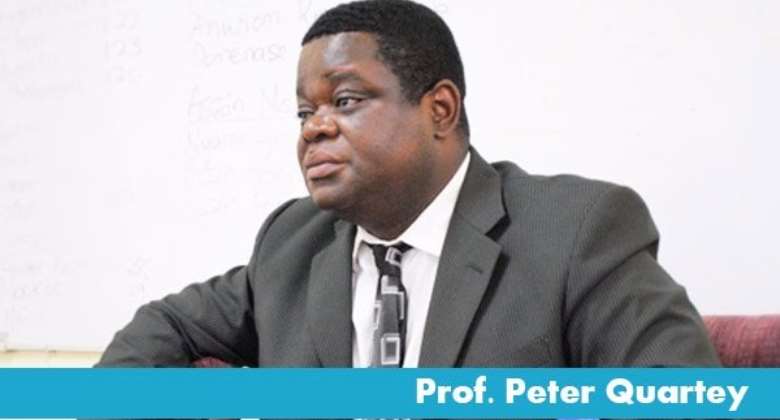 The Institute of Statistical, Social and Economic Research (ISSER), of the University of Ghana, has backed government’s intention to establish a national bank purposely to support investment in agriculture and manufacturing sectors.

Professor Peter Quartey, a Senior Economist for the ISSER, said the move has the potential of boosting the country’s Gross Domestic Product (GDP).

He made the comment on the sidelines of the Institute’s media conference on the 2018 budget in Accra.

He has advised that the new bank should operate strictly and solely for the agriculture and manufacturing sector by providing soft loans to agribusinesses because the current interest rate hovering around 30 per cent per annum offered by commercial banks was too high.

He noted that the establishment of the new bank was crucial because the Agriculture Development Bank (ADB) and the National Investment Bank (NIB), which were supposed to support agribusinesses had shifted their focus from the agriculture sector and are rather engaging in universal banking.

“There is the need for a new bank solely for agriculture and manufacturing, which has the potential to create more jobs, or otherwise the government will have to reform the ADB and NIB”, he emphasised.

He noted that, given government’s desire to boost investments in the agricultural sector, the roles of ADB and NIB should be revised to perform their core mandates well.

According to ISSER, it has become necessary because the two banks had neglected their core responsibilities of providing banking services and investments to agriculture-based ventures.

Dr Charles Godfred Ackah, the Head of Economics Division, ISSER, in a presentation on ISSER’s stand on some government initiatives in the 2018 budget, said government’s failure to make agriculture attractive was due to lack of investment from the private institutions.

He said the current market interest rates was high and made it difficult to invest profitably in agricultural sector.

He noted that, addressing the incentive structure in the sector to promote private investments, would prove more sustainable than programmes that essentially give hand-outs like fertilizers, seedlings and other farm inputs to farmers.

Dr Ackah noted that, government’s inability to attract private investment into the agricultural sector was largely due to the rain-fed nature of the sector, therefore the expected outcomes or revenue were subjected to climate variability.

He added that, the slow pace of government to address the climate vulnerability issue was worrying and, therefore, called for aggressive technological approach in the sector.

The 2018 budget indicated that the agriculture sector expanded by 1.3 per cent points faster in 2017 financial year better than it did in 2016 from 3 per cent to 4.8 per cent.