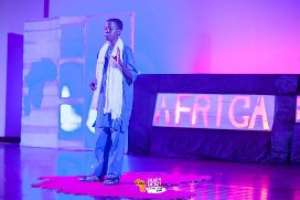 One in 12 children worldwide live in countries where their prospects today are worse than those of their parents, according to an analysis conducted by the United Nations Children's Fund (UNICEF).

According to the analysis, 180 million children live in 37 countries where they are more likely to live in extreme poverty, be out of school, or be killed by violent death than children living in those countries were 20 years ago.

This was revealed during an event to mark World Children’s Day in Accra which marks the anniversary of the adoption of the Convention on the Rights of the Child.

With global children’s 'take-overs', high-profile events and other activations of children in over 130 countries.

Director of Date, Research and Policy at UNICEF, Laurence Chandy said the day is to give children their own platform to help save children’s lives, fight for their rights and fulfill their potential.

According to him, many children are instead seeing opportunities narrow and their prospects diminish.

“While the last generation has seen vast, unprecedented gains in living standards for most of the world's children, the fact that a forgotten minority of children have been excluded from this – through no fault of their own or those of their families – is a travesty” UNICEF Director of Data, Research and Policy stated.

“It is the hope of every parent, everywhere, to provide greater opportunities for their children than they themselves enjoyed when they were young. This World Children’s Day, we have to take stock of how many children are instead seeing opportunities narrow and their prospects diminish,” added Chandy.

Also, 10 youth from eight African countries took over the stage in Accra on World Children’s Day to tell the world about the Africa they want to live in, through a series of short, powerful talks.

The 10 girls and boys aged 12 to 19-year-old from Burkina Faso, Côte d’Ivoire, The Gambia, Ghana, Guinea, Nigeria, Sierra Leone and Togo delivered inspirational talks at the Africa Dialogues event on issues affecting children and youth on the continent.

They shared their vision of what they want Africa’s future to be.

The youth addressed some of the critical issues facing Africa now and in the future:

Hamado Moussa Diallo, 18, from Burkina Faso, will talk about the importance of education

Élie Yedou, 18, from Côte d’Ivoire, will talk about a peaceful and hunger-free Africa

Fatoumatta A. Camara, 18, from The Gambia, will talk about female genital mutilation

Victoria Kweinorki Quaynor, 19, from Ghana, will talk about neglected children

Andrew Adansi-Bonnah, 17, from Ghana, will talk about hunger and malnutrition

Natasha Adu, 12, from Ghana, will talk about sanitation

Hadja Idrissa Bah, 18, from Guinea, will talk about child marriage

Fatima Aliyu Gebi, 17, from Nigeria, will talk about the plight and plea of the northern girl child

Rebecca Evelyn Deborah Sankoh, 18, from Sierra Leone, will talk about education and development

Abra Rosaline Tsekpuia, 19, from Togo, will talk about food security