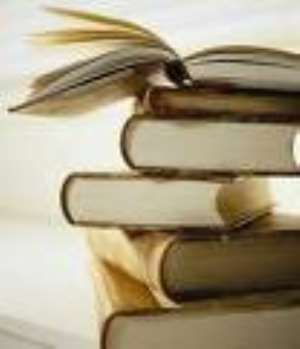 Accra, Nov. 20, GNA — Mr Lawrence Darmani, the Chief Executive Officer of Step Publishers Limited, has called for the institutionalisation of National Reading Day to inculcate the habit of reading into Ghanaians.

He said the country's slow progress was as a result of poor reading habit, which had held back the acquisition of knowledge and progressive thinking.

Mr Darmani said this at the launch of two books authored by Mr Yaw Otutu Adu-Larbi, an Educationist, at Adenta in Accra.

The books are 'Wisdom, Faith and a Song,' and 'They Touched Us for Good''.

This brings to five, the number of books so far authored by Mr Adu-Larbi in two years.

The books focus on challenging the reader to become an influencing agent to contribute positively towards the development of the nation.

Mr Darmani noted that reading spurred national development through broadening the knowledge base of the people and promoted moral growth and upbringing.

'No nation can develop if the people lack knowledge….A huge number of the populace would become myopic in thinking if we fail to find a way to encourage them to read to educate themselves personally and build on their abilities to undertake economic activity for their own benefits and for the country as a whole,' he said.

Mr Darmani, therefore, advocated for concerted efforts in creating a reading initiative that would attract more Ghanaians to scale up reading.

This, Mr Darmani noted, should involve all stakeholders including the Ghana Education Service, Civil Service Organisations, faith-based organisation and parents.

Mrs Georgina Theodora Wood, the Former Chief Justice, commended the author for his inspiring works, which sought to contribute to national development.

Mr Adu-Larbi said the books were to encourage the current generation to display wisdom in all their endeavours and inspire them to attain greater heights and prosperity by becoming disciplined and organised.