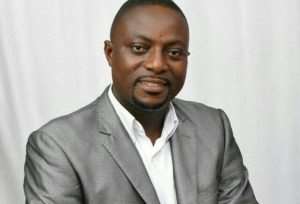 Speaking on Hope FM weekend political show on Saturday November 18, 2017 hosted by Bishop Oteng Gbortse, Mr Japheth Baidoo said the Free SHS implementation by the NPP government is a political propaganda and for political gain without considering the effects on the economy.

The Regional Organizer revealed that over 60% parenthood can cater for their wards at the Senior High Schools across the country despite the amount they charge. "The government can pay the brilliant but needy students' fees instead of implementing the Free SHS since over 60% of the parenthood can pay school fees for their wards", Mr. Baidoo.

"Since January till date, most of the contractors have not been paid but the government has allocated resources and fund meant for salaries to fund the Free SHS hence Nana Addo is robing Peter to pay Paul" he stated.

Emphasising that the past administration was the best government ever Ghana had but political propaganda, N.P.P. won because of their unfulfilled promises thus, Ghanaians will witness doomed economy soon.