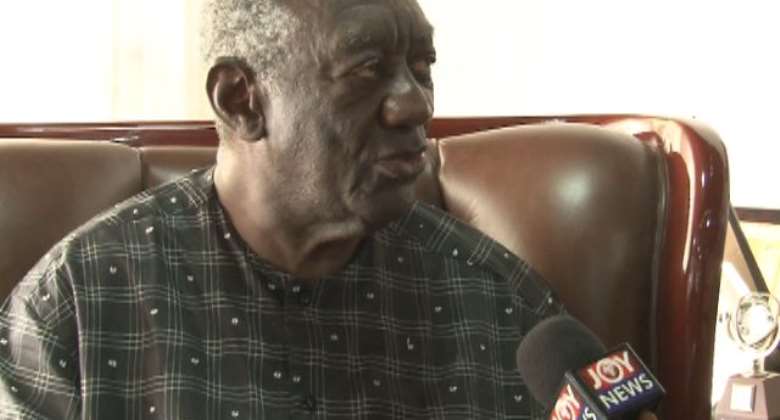 Former President Kufuor in a statement issued Monday, described the late KABA, who was, host of Asempa FM’s flagship afternoon programme, ‘Ekosi Sen’ as a “young promising talent whose life has been cut short at its prime.”

He said the late KABA “brought balance to bear in his interviews and captured the attention of his audience with his incisive questions.”

Former President Kufuor said Kaba was like family to him and recalled, that he introduced his wife to him before their wedding, which he attended, and also that Kaba visited him in his house, a few weeks ago.

“Nothing could have prepared us for such a sudden loss. I pray for strength and forbearance for his wife, child, family and close ones. Ghana has lost a great potential. Journalism has lost an even greater prospect,” Former President Kufuor said.

KABA was pronounced dead on arrival at the Korle Bu Teaching Hospital where he was rushed after he fell sick early Saturday.

He was 37 years. He left behind his wife, Valentina Ofori Agyei, also a broadcaster with Accra-based Class FM and a 7-month old daughter, Nana Yaa.

On Monday, management held an emotional memorial service in the memory of the late broadcaster at the forecourt of the radio building of The Multimedia Group Limited, Kokomemle in Accra.

The service was attended by his colleagues, friends in the media, leaders from the political divide as well as some listeners of his popular political talk show, Ekosii Sen on Asempa FM.