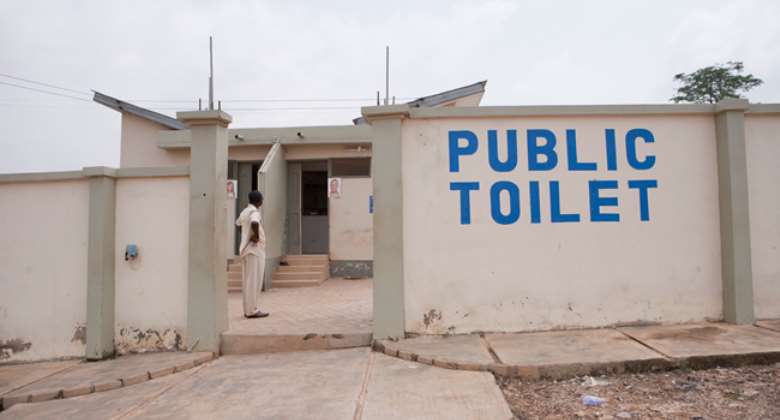 On November 19, 2001 Jack Sim, the Singaporean businessman founded the World Toilet Organisation to bring to fore the provision of toilets for the poor and vulnerable in Singapore. This was after he felt that the discussion on toilets were neglected and shrouded in total embarrassment.

Later on in 2013, the UN General Assembly declared November 19 as World Toilet Day. Since then the world has always celebrated this day to raise awareness on the need for toilets for all. The theme for this year is: “wastewater”.

What is the relationship between wastewater and toilet? According to Sustainable Development Goal (SDG) Six, “ensure availability and sustainable management of water and sanitation for all” makes wastewater and toilets a matter of health and human rights. Again, wastewater is classified in two classes: grey water and blackwater. Greywater is waste water that is produced from non-toilet sources. These include showers, basins and taps. Whereas, blackwater is produced from its mixture with waste from toilets.

Globally, it is estimated that 80 per cent of the wastewater generated by society flows back into the ecosystem without being treated or reused. Further, only 39% of the global population (2.9 billion people) uses a safely-managed sanitation service, that is, excreta safely disposed of in situ or treated off-site.

In Ghana the narrative is not different. According to a 2016 report: “Assessment of Wastewater Treatment Plants in Ghana” authored by the Civil Engineering Department of the Kwame Nkrumah University of Science and Technology, it was noted that Ghana has a very low coverage for wastewater and faecal sludge treatment which is mostly sewerage systems. The national average for sewerage is as low as 4.5 per cent. Where does the rest of the wastewater that is generated from the mixture of toilet go? Obviously, wastewater that is generated becomes a pollutant to surface and underground water sources since wastewater is left to flow freely into these sources.

The pollution of the water bodies as a result of the lack of treatment and reuse of wastewater leads to water borne diseases. It also poses danger to aquatic life.

The report further states that there’re two municipal and three metropolitan assemblies that have wastewater and faecal sludge treatment plants in Ghana – Ho and Ashaiman Municipal and Accra, Kumasi and Tamale Metropolitan Assemblies.

The above paints a gloomy picture of Ghana’s management of wastewater that is generated from toilets in over two hundred municipal and district assemblies. It then questions the possibility of achieving the third target of SDG Six: “by 2030, improve water quality by reducing pollution, eliminating dumping and minimising release of hazardous chemicals and materials, halving the proportion of untreated wastewater, and increasing recycling and safe use globally”. The consequences of the current situation are dire.

It shows again that that there is a problem with the management of human settlements across the length and breadth of the nation. According to the Local Government Act, 2016 (936) under the Functions of District Assemblies, subsection 3 (f)the law mandates: “without limiting subsections (1) and (2), a District Assembly shall be responsible for the development, improvement and management of human settlements and the environment in the district”.

Wastewater and toilets are crucial to our health. If Jack Sim was moved by the fact that the issue on toilets was neglected and shrouded in total embarrassment what stops a nation whose President is co-chair to the Sustainable Development Goals, from achieving Goal six and its third target of improving water quality and subsequently the reuse of wastewater.

More Feature Article
ModernGhana Links
The Shameless Compromises Of The One-Party Political Elite Against The Ghanaian Electorate -2022 Budget
Are We Receiving The Restitution We Seek?
Selective Justice is InJustice
Arrogance of power is NAPO; NAPO is arrogance of power
Ghana’s Tax System – PART 2 (MOMO Tax vs CSOs & Other NGOs)
Don’t play dirty populist politics with taxation, please!
Omicron and the Travel Ban Itch
The Chemistry Of Customer Service
Pianim Has Made Himself an Eternal Nuisance to Akufo-Addo
TOP STORIES