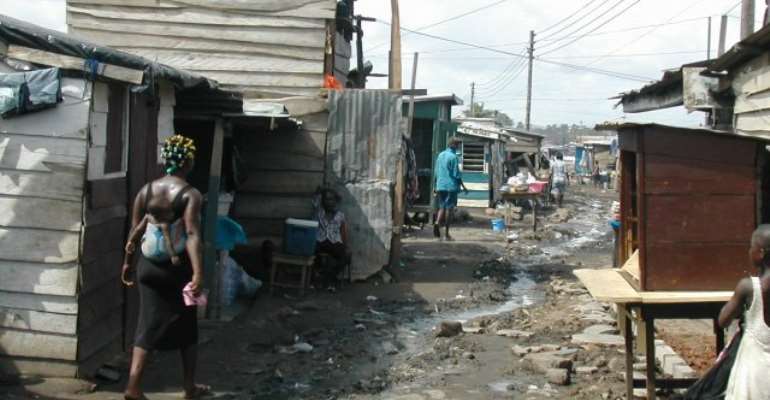 Squatters at the country's biggest slum, Sodom and Gomorrah in Accra have begun moves to give the slum a new face.

Fifteen access roads have been created through the area, together with the purchase of drainage materials at the cost of about ¢33 million.

The demarcation of the roads was to allow free movement of vehicles to and from the area since when there is fire outbreaks, fire tenders find it difficult to go through the area.

People's Dialogue oh Humanitarian Settlement, a non-governmental organization provided about 95 over cent of the funds while the rest were internally generated.

In addition the settlers will, beginning from next week clear other settlers living along the Korle Lagoon project area and set up a task force to protect it as well as prevent people from dumping refuse indiscriminately to pollute the lagoon.

A member of the old Fadama development association, George Afful was concerned about the sanitation in the area regarding some settlers who defecate around the Korle Lagoon project area because they do not want to pay ¢200 or ¢300 to use the place of convenience in the area.

“The area is no more Sodom and Gommorrah, it is Old Fadama. We want to tell government that we are good citizens and not what people think of us,” Mr Afful said.

He said the criminals in the area had been flushed out, while they association had a night patrol team that prevented other criminals from operating in the area.