Ho Goes RED Over 'We Are Dying' Demo 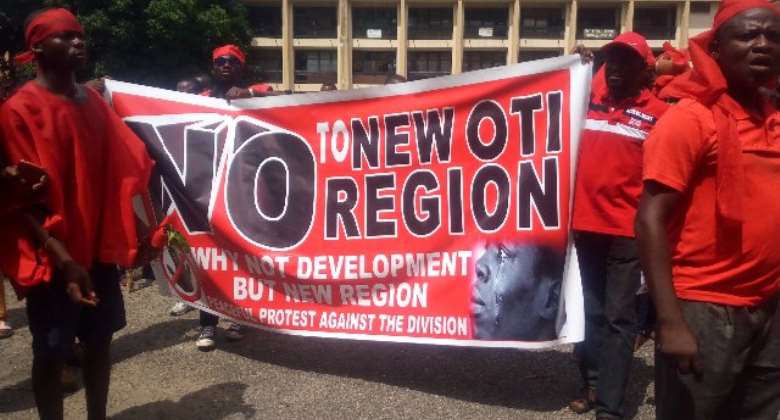 Some residents of the Volta Region took to the streets in the regional capital, Ho, to register their protest against what they describe as untold hardship and neglect of major projects in the Volta Region.

Dressed in red, the protestors walked through principal streets to present their petition to the Regional Coordinating Council.

Mawunyo Agbe who read the petition on behalf of the group outlined a number of projects they said the government must ensure are executed and those abandoned to be completed.

Some of the projected listed were Ho Airport project, the eastern corridor road project, Ho-Aflao road among others.

This protest dubbed 'Mieku vor' literally meaning 'we are dying' which is the first to hit the administration of the President, Nana Akufo-Addo in the region, registered a handful of about 70 protestors.

The protestors issued three month's ultimatum to the government to respond to their concerns.

However, some of the protestors were seen with banners and placards that seek to advocate against the splitting the Volta region.

Some of the inscriptions on those banners and placards read "No to new Oti Region", "Why not develop, but new region?" and "1 region -Volta."