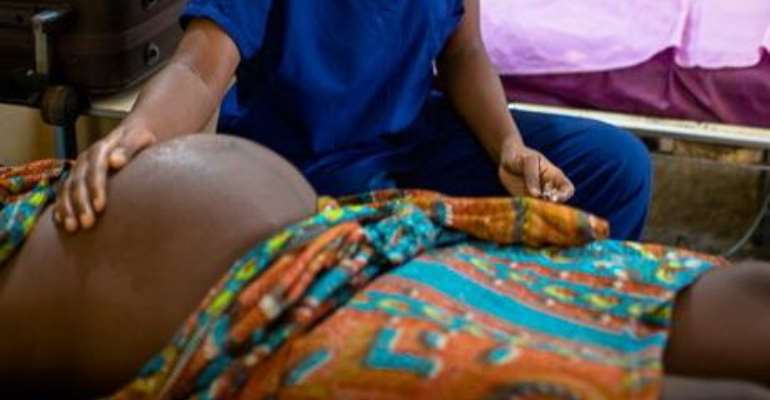 Accra, Nov. 17, GNA - The 2017 Campaign on Accelerated Reduction of Maternal Mortality in Africa (CARMMA), was held, in Accra, on Friday, with a call on all African governments to strengthen interventions to end maternal and newborn deaths by 2030.

Ghana's First Lady, Mrs Rebecca Akufo-Addo, who was the Guest of Honour at the event, said the current high national maternal mortality rate of 319 per 100,000 live births was unacceptable.

'No woman should die giving birth to another, and they must all receive equal services no matter where they reside,' the First lady emphasised.

She urged all African countries to work hard, and approach the issues as national emergencies because doing business as usual would not work.

She urged the countries to strengthen their collaborations with local leaderships, engage Parliamentarians to make maternal mortality a priority to commit more resources to address the issues.

She commended the African Union for initiating CARMMA, which has since 2009 worked towards the acceleration of the availability and use of universally accessible quality health services, including those relating to sexual and reproductive health, to reduce maternal mortality.

The day was also used to launch the 2017 Continental CARMMA Evaluation Report.

It was attended by high level government officials from neighboring States, the African Union Commission's leadership, representatives of the United States and Canada, the UN Agencies championed by the UNFPA, Civil Society Organisations as well as the media.

The event was preceded by week-long activities involving high-level meetings on building strategies and on Female Genital Mutilation (FGM), an outreach programme, a community durbar, Panel discussions, interactions with victims, vulnerable people and a gala night.

These were organised by the African Union in partnership with the UNFPA, Ministry of Health and the Ghana Health Service.

The conferences and meetings presented a tall list of evaluations on the performance of CARMMA since its institution eight years ago, and members reaffirmed the need for renewed commitment in Africa to accelerate efforts towards the elimination of FGM, maternal and newborn deaths as well as other violations of the rights of females.

Madam Otiko Afisah Djaba, the Minister of Gender, Children and Social Protection, presented the adopted recommendations from the delegates and stakeholders at the High Level Ministerial Meeting on Female Genital Mutilation.

The delegates called for an African Union Head of State and Government resolution and continental campaign on the elimination of FGM to facilitate coordinated voices, efforts, resources and reporting to win the fight.

They urged the African Union Commission to intensify efforts to document and report on the status of harmful practices on the continent, particularly FGM.

They also called on the Specialised Mechanism of the Union, including the Banjul Commission, which was tasked with monitoring Member States' adherence to the African Charter on Human and People's Right, to make FGM a key Member States reporting indicator Commission.

The delegates asked Member States to intensify efforts towards building strong legal frameworks that promoted gender equality and punished the practice of female genital mutilation, including prosecuting individuals and groups facilitating the excision of new-born and young girls.

They also recommended the rolling out of ethical standards and guidelines for the medical community, including dedicated training and capacity building for the healthcare providers in countries with high prevalence, to address the problem medicalisation of FGM.

They said where non-existent, members should establish a recurring budget-line and commit to make budgetary allocations to support efforts to eliminate FGM, including judicial programmes and health services.

The delegates tasked the African Union Commission to work towards increased coordination on programming and resources in efforts to eliminate harmful practices such as child marriages and ensure partners and stakeholders prioritised building and facilitating community ownership of programmes and action.

They welcomed Member States' pledge to recommit to addressing gender inequality, protecting and empowering young girls and women within the context of Africa's Agenda 2063; and the 2030 Agenda for Sustainable Development.