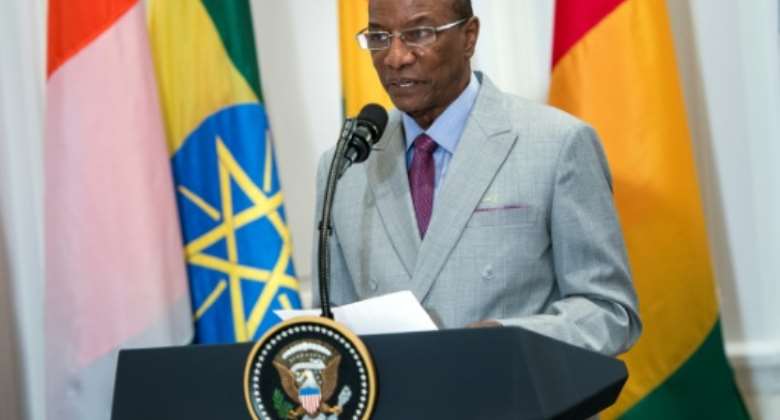 "I would like to thank investors and donors who revealed their confidence in us today," Guinean President Alpha Conde said. By Brendan Smialowski (AFP/File)

Guinea on Thursday won pledges in aid worth $20 billion to fund a five-year development plan at a meeting in Paris with banks, private players and governments.

The mineral-rich West African nation is slowly emerging from the Ebola crisis and low commodity price shocks that adversely affected its economy in 2014 and 2015.

"I would like to thank investors and donors who revealed their confidence in us today," Guinean President Alpha Conde said at the start of the two-day meeting in the French capital.

"We want to show that there is a new Guinea," he said.

The country's GDP growth stood at 6.6 percent last year and is projected at 6.7 percent this year, Makhtar Diop, the vice president of the African Development Bank told the meeting.

The growth was driven by an increase in the production of bauxite and gold and a resurgent agriculture sector.

Guinea also has large reserves of diamonds but more than half its population lives in abject poverty of less than a dollar a day.

Other pledges came from the European Union, France, China, Russia and India.

The development plan aims at improving Guinea's abysmal infrastructure which includes poor roads, a huge elecricity shortfall and diversifying the economy to make it less dependent on minerals.

"The future of Guinea is not in the mines which do not generate a lot of jobs but in agriculture," Conde said.

Nearly 80 percent of the arable land in the country is not used for farming despite being well irrigated and fertile.