$1 Million For Every Constituency Can Only Build Toilets---Ofosu Kwakye 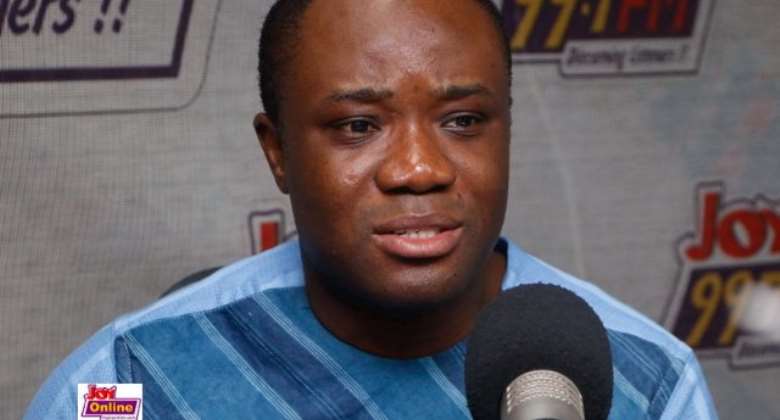 The government's much-trumpeted $1m per constituency has been ridiculed as a mere slogan as the building of public toilets are to be constructed under the fund, former Deputy Communications Minister, Felix Kwakye Ofosu has claimed.

The one-million-dollar-per-constituency policy, aimed at alleviating poverty in the country is one of the major pledges the governing New Patriotic Party (NPP) made in the 2016 electioneering campaign.

Almost a year into the administration of Nana Kaufo-Addo, the policy is yet to be implemented.

Presenting the government’s fiscal policy statement to the House of Parliament Wednesday, Finance Minister, Ken Ofori-Atta announced the programme, which is part of the Infrastructure for Poverty Eradication Programme (IPEP), is ready for take-off in all 275 constituencies.

But speaking on the Super Morning Show on Joy FM Thursday, Felix Kwakye Ofosu said some of the projects advertised as those being undertaken by IPEP for some of the constituencies are KVIP toilet facilities.

He challenged the host of the Show, Kojo Yankson to “peruse that list, and you will find out that…KVIPs [toilets] is what has been advertised.”

“If all the hoopla and noise about one million one constituency was about constructing toilets then I’m afraid that the people of Ghana have been misled…If you look at what has been advertised, I’m not sure that it is the sort of thing that people were looking out for when they went about touting one million one constituency. That promise for all intents and purposes has not materialised,” he stated.

Ato Pamford
The Parliament for Shama in the Western Region, Ato Pamford, said the team had assessed the needs of communities before the list of possible projects under the fund was advertised.

The deputy Chair of Parliament’s Committee on Trade and Industry said the decision also formed part of steps being taken by the government to tackle sanitation challenges facing some of the communities which also saw the country being ranked recently as one of the filthiest in the world.

“If we are a nation that wants to put the health of our people [and] sanitation ahead of us then I think it’s a very key area that we need to look“.

Latest Photo Reports
Catch up with all the political quotes from our politicians.
Advertise here
More Politics
ModernGhana Links
E-Levy: No amount of talks or reduction is needed; just scrap it – ASEPA to Ken Ofori Atta
I’ve written to Bagbin on some amendments to 2022 budget – Ken Ofori-Atta
Lead by example, don’t also travel abroad for one month – Ablakwa tells Akufo-Addo
Rawlings wanted me to run against Mahama in 2018 but I refused – Duffuor
'Bawumia, the weak cedi is running; arrest it as you promised' – Duffuor
‘Accusing us of corruption, compromise in negotiations with Majority wrong’ – Ayine
Tidal waves: Minority’s call for budgetary allocation merely for political gains – Agyapa Mercer
Parliamentary committees begin deliberating 2022 budget estimates despite controversy
2022 budget impasse: Oko Boye calls for stronger cooperation between Majority, Minority MPs
TOP STORIES