Fishmongers Campaign Against 'Galamsey On The Sea' 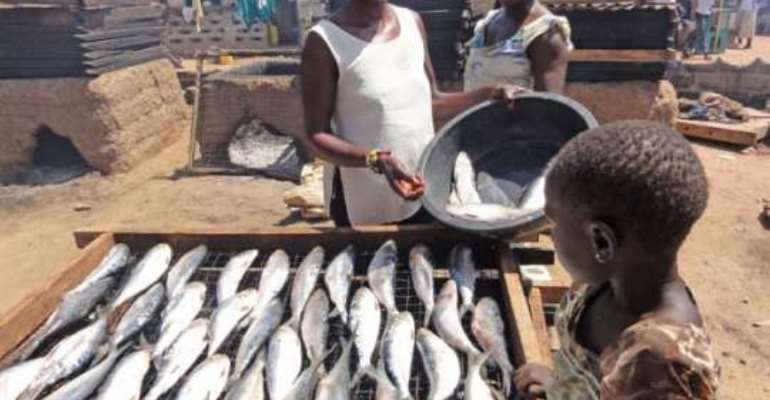 Fishmongers in the Central Region have called on the government to place a moratorium on the illegal fishing in the sea known as "sea galamsey" to prevent the depletion and destruction of aquatic life.

"The Presidential initiative on the placement of moratorium on land "galamsey" illegal mining is welcomed but an equal declaration on illegal fishing popularly called sea galamsey needs to be declared, followed by strong government actions to support livelihoods of rural women."

The fishmongers made the appeal as part of activities marking the celebration of the International Rural Women's Day held in Mumford in the Gomoah West District, of the Central Region on Tuesday.

The Day instituted by the United Nations (UN) and celebrated on October 15 each year, is used to recognise the fundamental role of rural women and their contribution to improved food security and rural poverty eradication worldwide.

The national celebration was organised by United States Agency for International Development (USAID) on the theme: 'The critical role and contribution of rural women in enhancing agriculture and rural development, improving food security and eradicating rural poverty '.

The event attracted many women groups, traditional and religious leaders, Mr Albert Alalzuuga Akoka, the District Chief Executive and staff of the Assembly.

According to the fishmongers, the menace had drastically impoverished the rural women in general and fishmongers in particular, thereby reducing their income.

He indicated that they also played a significant role in reshaping societies and therefore called for collective efforts to strengthen the collaboration between stakeholders to support and improve their livelihoods.

He said supporting rural women to invest in agriculture and other business ventures of their choice would not only help increase household food security, but also aid poverty reduction in the society.

'Creating an enabling environment that encourages the private sector to provide financial services, legalising the work of rural farmers with clearly defined remuneration and good conditions of services are key to the empowerment and the improvement of the livelihoods of the rural women', he said.