DCE Cuts Sod For The Construction Of Classroom Block 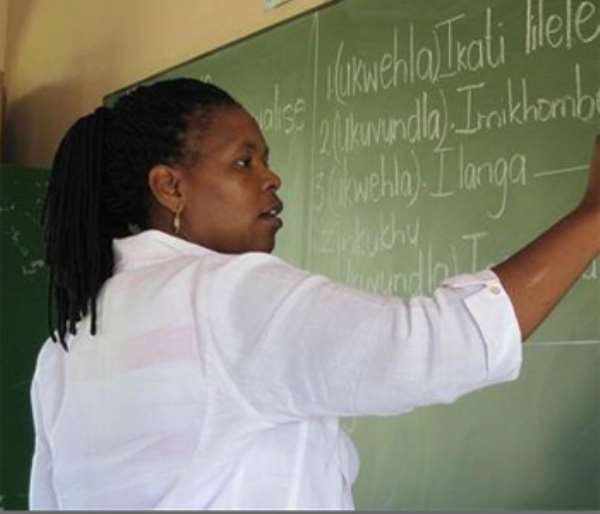 Madam Mariam Iddrisu, the District Chief Executive (DCE) for Sagnarigu in the Northern Region, has cut the sod for the construction of a six-unit classroom block for the Nujumul English and Arabic Primary School at Kanvili Tuunayili.

The new classroom block, to be completed within six months, will have various ancillary facilities including a library, office and store to facilitate teaching and learning.

Madam Iddrisu said education was the priority of the Assembly, adding that the new classroom block formed part of the projects earmarked for this year to improve education infrastructure to ensure quality education in the District.

She, therefore, urged the contractor to deliver the project on schedule for the benefit of pupils of the school adding that since her assumption of office, two school projects had been completed including a six unit classroom block at Choggu Demonstration School and an ultra-modern kindergarten complex at Our Lady of Fatima School.

She said other ongoing school projects in the district would be completed before the end of the year and urged pupils to make good use of the facilities.

Madam Iddrisu said President Nana Addo Dankwa Akufo-Addo prioritised education and had initiated several policies to not only to improve teaching and learning but also to make education more attractive and affordable to all.

She mentioned the implementation of the Free Senior High School Programme saying there was no excuse for any child not to be in school adding that the Government had also absorbed the registration fees of the Basic Education Certificate Examinations (BECE) candidates for the year 2018.

She also inspected works on an ongoing clinic project at Nyanshegu, which is an initiative of the First Lady, Mrs Rebecca Akufo-Addo.

The DCE later participated in a clean-up exercise at Gumani where she commended the youth of the area for their communal spirit urging other communities to undertake clean-up exercises to keep their environment clean.