The Paradox Of Untutored Teachers And A Certificateless President 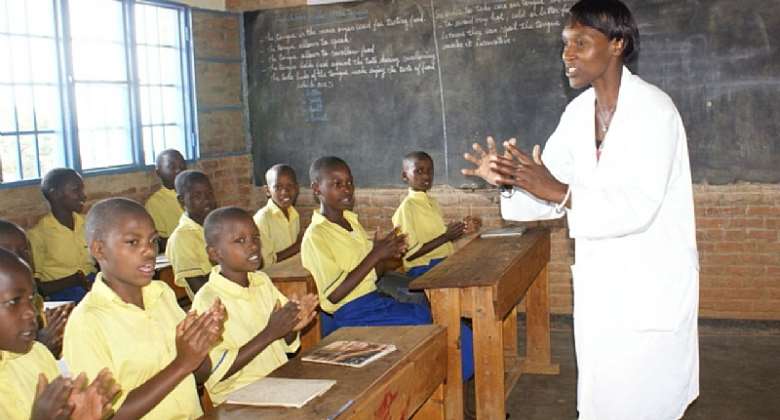 I have been following the public reactions to the disclosure of mass failure by the school teachers in Kaduna State. I have watched with incredulity the usual vacuous righteous indignation of hypocrites on our public pedestal. I have been trying to ignore the whole seemingly ridiculous scenario and concentrate on other matters deemed more important.

But it has been difficult for me to do so. My conscience keeps nagging me and asking why am I trying to miss out on this teaching moment. This teaching moment to point out once again that in the course of building and elevating a polity, it is a dangerous and destructive act to be inconsistent about your moral thermometer. I believe it is an opportunity to underscore the fact that unequal application of standards, moral or any other, would always contribute to general decadence, moral stagnancy and gradual gallivanting into gutterish and gibberish genre of guesstimation of our core values.

I have listened to the moral hypocrisy of my former "friend" and current Governor of Kaduna State, Mallam El Rufai. His sanctimony has been souring my senses. I have felt repulsed by his selective moral purity and questionable sense of duty to the people of Kaduna State. I marvel at his miasmic amnesia as he mulled his machinations to maul the teachers of the State out of employment.

Then, fast forward to the days and months leading to the presidential elections of 2015. His volte-face on his opposition to the same Buhari became mind boggling. Simply because he would benefit from Buhari's installation as president his support became legendary. Knowing fully well as attested to by his previous analysis that Buhari is a congenital failure, El Rufai help brought upon Nigeria the woes of a Buhari Administration.

This was despite the fact that Buhari could not produce the evidence that he passed or at least sat for the West African School Certificate Examination (WASCE). Up till date, despite hiring thirteen Senior Advocates of Nigeria (SANs) he has not been able to convince any court of competent jurisdiction that he had or has any WAEC paper anywhere. Even the dates provided that he (Buhari) attended High School suggested that he began Elementary School in his mother's womb!

El Rufai and his fellow APC goons told Nigerians that it didn't matter if Buhari had nothing to show to prove that he had minimum qualification for the office of the President. In a manner akin to odious trivialization of matters of national interest, El Rufai and his co-travellers, either wittingly or not, marketed the idea of a NEPA BILL CERTIFICATE, if held by Buhari, would have been good for Nigeria.

As a result of desperation for power, the powers - that - be in APC of which El Rufai was more than eminent and prominent member, facilitated into the Nigerian Presidency, a personality that has no qualification to be an unarmed security guard. In their conspiracy against the well being of Nigeria in the name of power politics, they foisted what has come to be regarded as a monumental tragedy on the people of Nigeria.

Some apologists of this tyrannical Administration have been trying to convince us that two wrongs do not make a right.Well, may be not mathematically. But then, this is why holding the teachers feet to the fire by El Rufai is a welcome development. But the kind of fire to which their feet is being held by El Rufai is a matter of serious moral issue. It calls to question the issue of justice and equity within the process and before the law.

If two wrongs do not make a right as "righteously" posited by the apologists of this Buhari Administration, then what is good for the goose should be good for the gander. If Buhari, without any Certificate could be in Aso Rock messing up Nigeria, then the Kaduna teachers, no matter how woefully they failed in their tests, deserve to remain on their jobs.

In the interest of the kids in all Kaduna Schools, it is important that the teachers are held accountable. But such accountability should not include the loss of their jobs. It is my position that the Government of Kaduna State should invest in their re-education and bring them up to par in their capacities. Moreso, these teachers, unlike Mohammadu Buhari, at least have certificates, the quality of such certificates notwithstanding.

El Rufai has no moral right to take away the jobs of those Kaduna teachers. He is obligated to ensure that they remain on their jobs and receive capacity improvement trainings. His so doing would be part of his atonement for his political sin against Nigeria, a country which he had sacrificed on the altar of expediency and personal exigency.

"In the long history of the world, only a few generations have been granted the role of defending freedom in its hour of maximum danger. I do not shrink from this responsibility - I welcome it.

More Feature Article
ModernGhana Links
For what shall I compare the so-called eminent citizens of Kumawu?
Media General's claim of "egregious intolerance" unfounded
The Great Betrayal Of Ghanaians By The Political Elite – The 2022 Budget
Joe Wise Did Not Commit Any Illegality In Approving The 2022 Budget Statement
Youngkin Defeated McAuliffe by Promoting Ku Klux Klan Theory
Where there are Tailings, No Grass Grows: Serbians Protest against Rio Tinto
A Trumpian Autocracy Will Squarely Depend on Civic Tolerance
Where Lies Our Discipline
When Blame Blames His Victims — Martin Amidu Vrs The Ndc Mps In The Rejection Of The 2022 Budget
TOP STORIES

'Captain Smart arrest is intolerance, he did no wrong' – Med...
30 minutes ago