When Ignorance Is Blissful: The Case Of Rev. Owusu Bempah 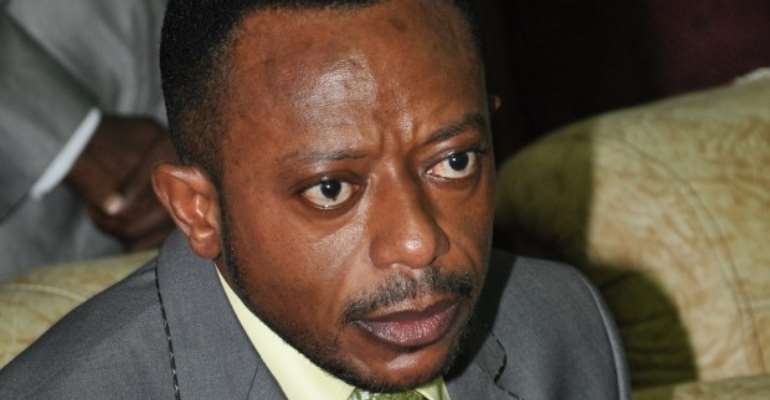 To be ignorant is a dangerous thing. But the worse is to be ignorant about your ignorance. Socrates, who fetishised knowledge and argued forcefully that ignorance is the primary cause of evil, acknowledged the limit of his wisdom, and that made him wise. He argues that no man will knowingly and willingly do evil. I disagree with Socrates on that, but I also think that ignorance could undermine and blur a man's sense of existential realities. Indeed, ignorance is not an issue if it is kept in the private space of the mind; it becomes challenging if it is packaged and brought to the public space as sacred truth.

While I sincerely think Rev. Isaac Owusu Bempah is roundly ignorant about his predilection to see Jesus as the fake name of a Hebrew name, I vehemently will oppose any attack on his personality. My concern is that we should address the issue he is raising and leave out all forms of argumentum ad hominem, even though he is committing the fallacy of argumentum ad ignorantiam. Both fallacies are wrong, because they obliterate our knowledge of the TRUTH. In the Social Sciences, we are hardly interested in the truth, since we killed the truth by relativising it. But from the prism of theology, we are interested in both the facts and the truth. Fortunately, Jesus' claim of being the Truth has convinced us that the truth is not an abstract entity to be subjected to human speculations, but a person, enshrined in the life and work of Jesus Christ, to be accepted. Petitio Principii?

My problem with Rev. Bempah is that he was too much in a haste to prove something possibly he considered as new. The controversies over the right or wrong name of Jesus Christ, the foundational pillar of the Christian faith, has been debated by some heretics for a very long time, and interestingly, Christian scholars and apologists have on countless occasions responded and continue to respond convincingly to such self-imposed mental slavery. I will be very brief in my response, by leaving the theological nuances out. I will look at the logical dimension of the issue.

First, in Christianity, the faith rests on God choosing a people for Himself, not a language. Here is one clear distinction between Christianity and Islam. In summing the words of Ali Mazrui, 'Whereas Christianity is a religion of a chosen people, Islam is a religion of a chosen language.' Because of the ontological foundation of Christianity, no attempt is made about fetishising a language or even privileging one language over the other. Obviously, a serious theologian would need to be knowledgeable about the original languages of the Bible: BUT that is not an entry point to knowing the truth about Jesus Christ. Unfortunately, blood had to be spilled to bring the Bible from its original languages to the language of the non-native speakers of Hebrew and Greek, and remotest extent Aramaic. But killing translators was politically motivated and less of a religious duty.

Second, God is multilingual. He created languages and understands all languages, and because of that He does not have a preference for any particular language(s). Consequently, in the area of language, God is Universalist. It is in line with this that I argue that Rev. Bempah should have hastened slowly in making his 'knowledge' public. First, the name 'God' should be 'Theos' in Greek, but I am pretty sure that Rev. Bempah will call god as 'God'. Second, the name 'God' in English has a deeply nuanced theological implication. If you consult a good dictionary, you will learn that the word 'God' is actually the same as 'gods'. Prior to the rise of Christian theology, god was the ordinary name used by the pagans. Christian usage of God was to show that the Christian God is singular in nature, but multiple in persons (Isaiah 48:12-16). Obviously, this was the English rendition of 'Elohim', which is compound unity. As a student interested in language, I know that every translation suffers and gains two things: gaining and losing. As you translate, you add and subtract. BUT that does not discourage translating. The New Testament was never written in the Hebrew language, and so, it will be wrong to call Jesus by His Hebrew name. The New Testament was written in Greek, and so, if anything at all, the Greek name should be used. As Akan, I call Jesus as 'Yesu', and when I do that I don't feel I am losing anything. I worship Jesus: His person and work, not the semantics of His name.

As Christians, our salvation is linked to the person and work of Jesus Christ. In other words, who Jesus is and what he did and continues to do constitute the linchpin of the Christian faith. The question of using Jesus’ Hebrew name has no causal relationship to salvation. To state it bluntly, it has no soteriological effect! We are saved not by mentioning or attaching ourselves to the Hebrew or Greek renditions of Jesus’ name, but by fully exercising faith in His person and work.

To politicise the name 'Jesus' is engaging in a fleeting logic, which ends in compounding one's own challenges. We should not complicate the simplicity of the Gospel of Jesus Christ. To Jesus Christ, the saviour of the elect, I surrender.