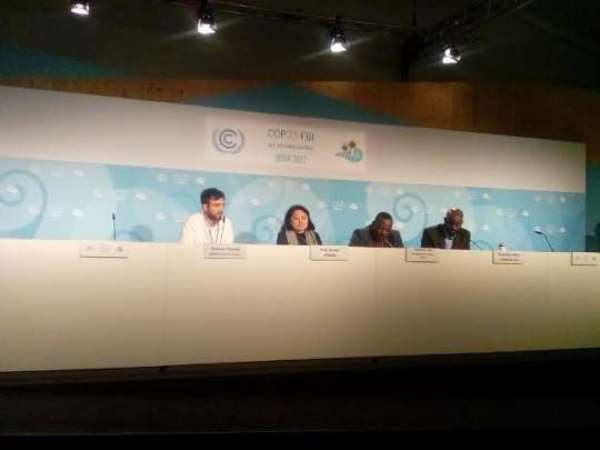 The partners include businesses, NGOs, media and other institutions who have all demonstrated their commitment to the implementation of the Paris Agreement and will be providing support during the conference.

Patricia Espinosa, Executive Secretary of UN Climate Change, said: 'We are delighted to announce these internationally recognised institutions, NGOs, businesses and media outlets that are backing our work at the annual UN Climate conference in Bonn with diverse and important support.

'I hope they and many others will support us into the future as the world moves to implement the Paris Agreement and realize this year's COP23 motto — Further, Faster, Together,' she said.

The GNA has learnt that the partners that were supporting COP23, being hosted by FIJI and the German Government, include Deutsche Post DHL Group, which have provided climate neutral transport to the Fiji presidency for one of their iconic boats, the drua, to be exhibited at the conference.

Iberdrola S.A, another partner, are focusing on raising awareness for climate change and climate solutions by organising for eighteen COP23 participants to cycle to the conference from Paris - fully climate neutrally.

The other is Television for the Environment (tve), who have supported the Global Youth Video competition on themes of climate resilient and friendly cities, oceans, and climate change.

This year, they had 280 entries from 96 countries from Afghanistan to Zimbabwe.

KPMG, have also supported 'UN Climate Talks Live', a social media platform that enables people around the world to follow the global conversation about COP23.

It collates and analyses tweets about the event, showing real time data on the top Tweeters, key trends in the conversation as they happen, and insightful analytics.

The BNP Paribas have asserted their commitment to COP23 and have recently announced divesting from oil and gas investments.

The UN Climate Change's key partners would be part of the discussion around climate change.

Meanwhile, ItaipÃº Binacional and Ethanol Europe Renewables Ltd have been slated as two of the contributors to a panel events that would be happening throughout the conference.

Other partners would present their climate action at a dedicated partners area in the Pavilion where exhibits could be experienced in conversation with the partners and through technological gadgets, such as virtual reality glasses.

Facebook would host an area in the pavilion dedicated to facilitating 'Facebook Live' interviews to reach more people globally.

Delegates from around the globe are hoping to ensure greater momentum for the Paris Climate Change Agreement and to raise the level of ambition needed to address global warming at the two-week conference, which opened on November 6.