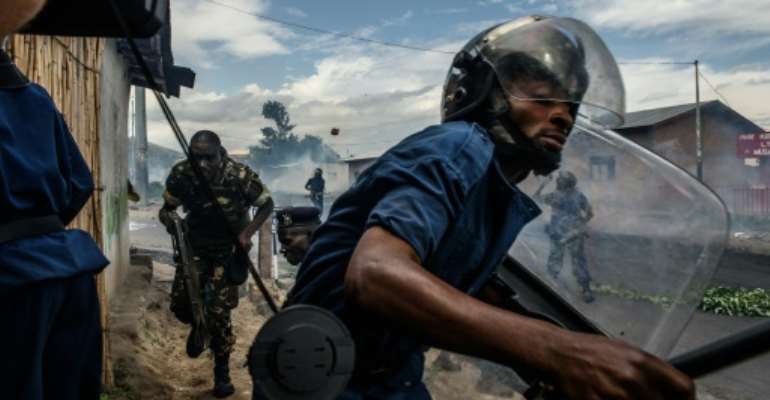 Burundi has been gripped by turmoil since President Pierre Nkurunziza launched a bid for a third term in office more than two years ago.

On Thursday the International Criminal Court (ICC) opened a full probe into alleged crimes committed during the crisis.

Between 500 and 2,000 people have been killed, according to different sources, and more than 400,000 people displaced from their homes.

Here is a summary of key developments in the crisis in the central African country.

April 25, 2015: Nkurunziza is declared candidate for a third term by the ruling CNDD-FDD party. The following day thousands of protesters demonstrate in the capital, the start of six weeks of almost daily rallies that meet a fierce response from police.

The opposition maintains Nkurunziza's move is unconstitutional and violates a peace deal that ended a 1993-2006 civil war.

May 13, 2015: A top Burundian general, Godefroid Niyombare, announces the overthrow of Nkurunziza, hours after the president flies to neighbouring Tanzania for talks with regional leaders on ending the crisis. The coup leaders surrender two days later and Nkurunziza returns.

June 28, 2015: Parliament head Pie Ntavyohanyuma says he has fled to Belgium, denouncing the president's "illegal" third term bid. He joins a long list of opposition leaders, journalists, members of civil society, and even disillusioned members of the ruling party who have chosen exile. 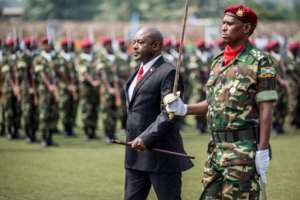 Burundi President Pierre Nkurunziza launched a bid for a third term in office in 2015, triggering the crisis

July 21, 2015: Nkurunziza is re-elected as expected in a vote boycotted by the opposition.

August 3: Human rights activist Pierre-Claver Mbonimpa, who had publicly opposed Nkurunziza's bid for a third term, is wounded by gunfire.

December 11: At least 87 people are killed in coordinated attacks by unidentified gunmen on three military sites that trigger a fierce riposte from the security forces. 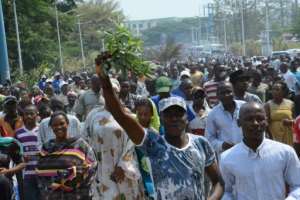 July 29, 2016: UN Security Council agrees to deploy up to 228 UN police in Burundi, but in early August the government in capital Bujumbura rejects the resolution.

October 27: Burundi says it is leaving the ICC. In April, The Hague-based body had opened a preliminary examination into allegations including murder and torture. Burundi's exit is scheduled to come into force a year later.

December 30: Nkurunziza hints he might seek a fourth term in office in 2020 "if the people request it".

September 4, 2017: UN calls for the opening of an ICC probe into crimes against humanity in Burundi.

September 29: UN decides to extend the mission of an international probe into atrocities there, overriding strong opposition from the government.

October 26: Government approves changes to the constitution that could pave the way to a potential 14-year extension in Nkurunziza's stay in office.

November 9: ICC reveals that it decided on October 25 to launch a probe into crimes committed from April 26 2015 to October 26 2017. The court "retains jurisdiction" in this area, regardless of Burundi's withdrawal, it says.

I'm still on my galamsey stance, it hasn’t changed – Akufo-A...
42 minutes ago