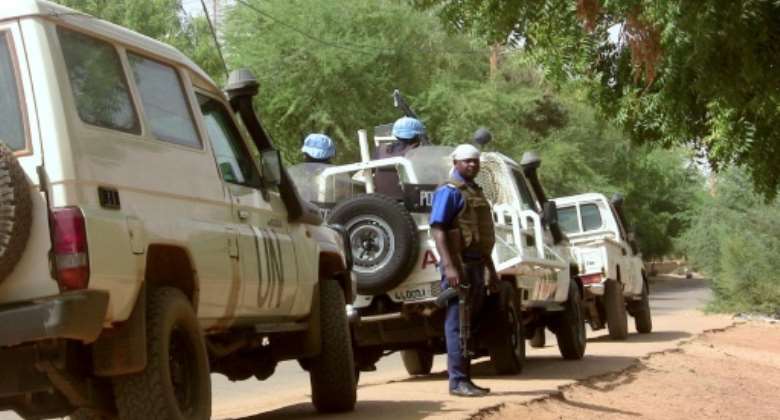 An Al-Qaeda affiliate in Mali on Wednesday claimed responsibility for four attacks on Malian and United Nations troops that it said killed six soldiers.

The Nusrat al-Islam wal Muslimeen (NIM) said in statements that it had attacked a police post in Segou on Sunday, capturing weapons and a motorcycle.

On Monday, "fighters ambushed Malian and MINUSMA (UN mission in Mali) forces near the city of Konna in Mopti, killing six soldiers," according to a report carried by the US monitoring group SITE.

"Other fighters bombed a Malian convoy tasked with securing an area near Niafunke in Timbuktu in preparation for a visit by a local leader," it said.

Prime Minister Abdoulaye Idrissa Maiga cancelled a planned visit on Monday to the central town after a vehicle sent to protect his team hit a landmine.

Also on Monday, police and administrative officials said 10 people, including nine civilians, had died in attacks in northern and central Mali.

They included five civilian passengers aboard a bus blown up by a mine near Ansongo -- an incident that was not claimed in the NIM statements.

In a statement released on Tuesday, Mahamat Saleh Annadif, the head of MINUSMA, lashed the jihadist assailants as "drugged fanatics" and "outlaws".

He called on Malians to become "collectively aware" of "cowards (who) mix with the peaceful population, discretely melt into the background before carrying out their plans."

"The people have to denounce their torturers and to flush them out into the open with the help and support of the national and international forces."

Islamist extremists linked to Al-Qaeda took control of the desert north of Mali in early 2012 at the expense of Tuareg rebels.

They were chased out of Sahara towns by an ongoing French-led military operation launched in January 2013.

In mid-2015, a peace accord was signed with Tuareg leaders aimed at isolating the jihadists.

But much of the region remains lawless, despite efforts by Mali's army, French soldiers and MINUSMA.

"It's a great time to invest in Ghana, the safest country in...
30 minutes ago