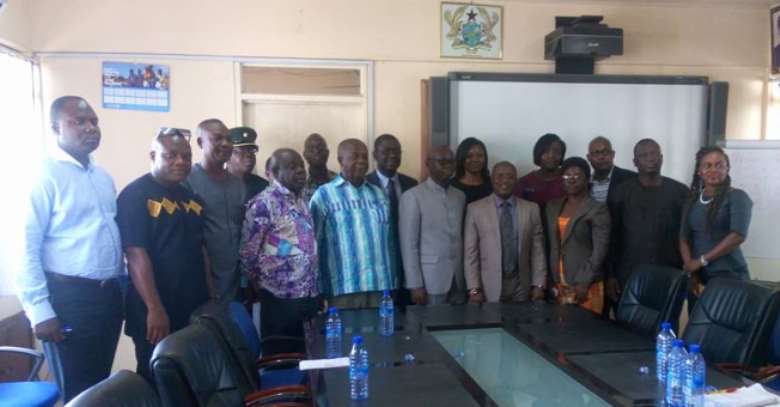 Professor Kenneth Attafuah, the acting Executive Secretary of National Identification Authority (NIA), has urged stakeholders and the general public to support the Authority as it produces a national identification card called the “Ghanacard” for use by citizens and foreigners in Ghana.

Briefing the management of Ghana Education Service (GES) in Accra recently, Professor Attafuah said the national identification exercise, which started in 2008, was halted in 2014 following some interruptions and that, “The Authority has thoroughly reviewed the challenges that it encountered in the past and it has put appropriate measures in place, including having to upgrade the 2D barcode card to a smartcard with dual interface, collecting data and issuing the card to persons from age 0 as the existing 2D barcode cards are issued to those from ages 0 to 14.”

“The system is designed to facilitate data sharing among user agencies and the smartcard has tactile impression features”, he added.

Mr. Anthony Boateng, the acting Deputy Director-General of GES, who chaired the meeting on behalf of the Director-General Prof. Kwasi Opoku-Amankwa, lauded the government and the Authority for the initiative and hard work, and pledged the support of the GES in the exercise.

“There is a need for intensive public education on the exercise considering the fact that it is starting from this month. The management of GES will disseminate the information to the various regions, districts and schools as soon as possible, and we are prepared to support you to undertake this laudable exercise”, he said.

The writer is an educationist and a public relations officer at the Headquarters of the Ghana Education Service in Accra.