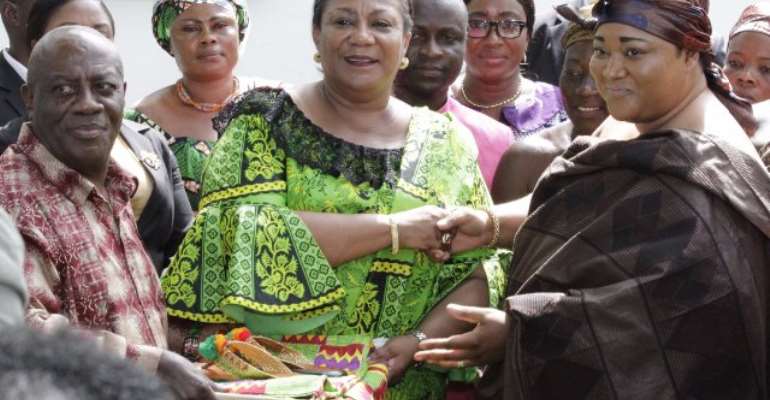 The Ashanti Regional Queen Mothers Association Tuesday paid a courtesy call on First Lady Rebecca Akufo-Addo, to commend her for her development initiatives.

They also sought her support in addressing some of the challenges faced by women and children in the Region.

She said they are confident the facility will help save lives and alleviate the suffering of mothers and babies.

The First Lady undertook two big fundraisers in Accra and Kumasi to raise funds to build a new one-storey Mother and Baby Unit after Joy News' report revealed heartwrenching tail of deaths at the hospital.

A Joy News Special Assignment documentary thre w light on the heart-breaking state of healthcare at the Mother and Baby Unit of the Komfo Anokye Teaching Hospital. In the documentary, nursing mothers are seen lined up in a corridor, breastfeeding.

Seth Kwame Boateng's documentary Next To Die revealed how mothers and babies were dying due to lack of space at the maternity block of KATH. 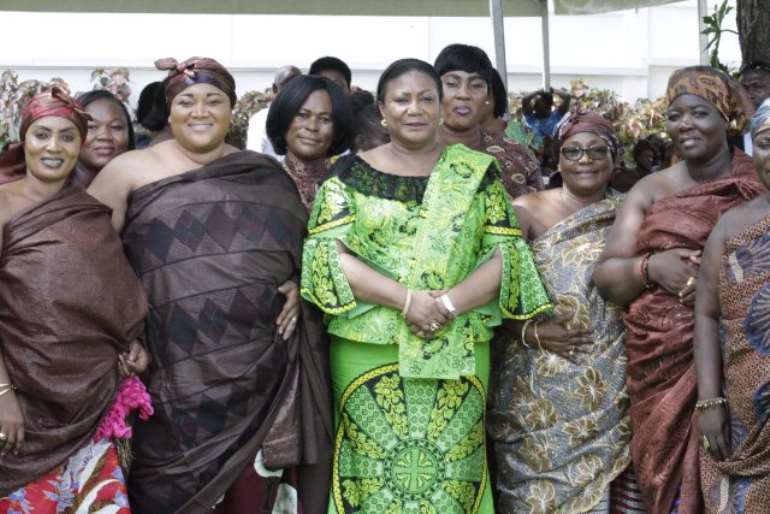 Nana Agyakoma Difie noted that the First Lady’s initiatives across the country have benefited many and as queen mothers, they will remember her for a long time.

On behalf of all queen mothers in the country, she thanked the First Lady for her kindness towards them in various ways and the hospitality shown them.

She said as queen mothers their primary responsibility is to seek the welfare of their people especially women and children urging Mrs Rebecca Akufo-Addo to support their efforts at fighting malaria.

She said the disease has been a major health concern for the region.

Addressing the queen mothers, the First Lady commended them for their various initiatives and also urged them to persist in their quest to help improve the lives of their people.

She said as a mother and an advocate, she knows the dangers posed by malaria to women, children and the country as a whole and promised to continuously liaise with the appropriate institutions to ensure the disease is controlled.

Election 2020: You'll have ‘fugitive’ president should Maham...
7 minutes ago