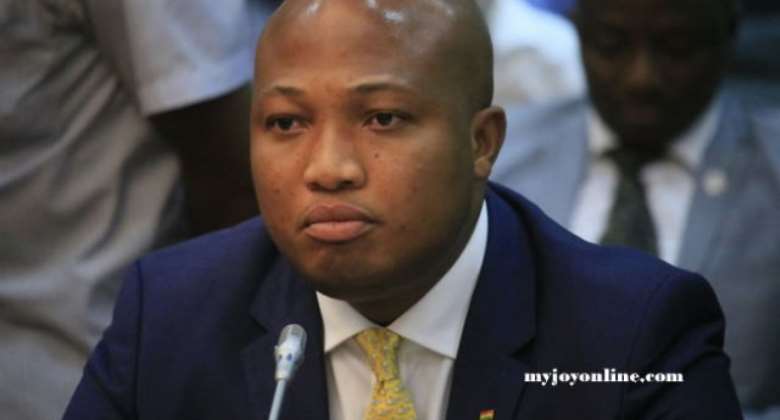 The North Tongu Member of Parliament says the Akufo-Addo government has moved the siting of one of the campuses of the Eastern Regional university to Kyebi.

Samuel Okudzeto Ablakwa said he has “unimpeachable and credible information” that government has changed the siting of the Donkorkrom campus of the University of Environmental and Sustainable Development to Bonso in Kyebi.

“I remember President Mahama cut the sod for the project and Parliament approved was that there will be two main campuses i.e. the Somanya and Donkorkrom campus in the Afram Plains,” he told Joy News.

The Eastern University, one of President Mahama’s promises during the 2012 election, is to have two campuses, with the main campus being at Somanya and the other at Donkorkrom in the Afram Plains.

In April 2013, President Mahama inaugurated a 12-member committee to develop the roadmap for the establishment of an implementation committee.

According to him, it was the last University that was part of the National Democratic Congress (NDC’s) programme to ensure that every region will have a public university.

Mr Ablakwa said he has tried to get answers from the Education Minister about the relocation of the second campus but all his attempts have come to naught.

He said because the Majority in Parliament "knows what it is doing, that is why they did not want to answer the questions and will not allow me to expatiate on it.”

The former Deputy Education Minister also reacted to claims by the Education Minister, Matthew Opoku-Prempeh that some Senior High School (SHS) students who were earmarked for a three-year scholarship under a policy introduced by the previous government are now paying fees.

Dr Matthew Opoku Prempeh told the media Tuesday that the John Mahama administration was not committed to the programme instituted in 2015.

According to the Manhyia South MP, no money was made available for the second year of the programme.

But Samuel Okudzeto Ablakwa said the claims are false and he will soon provide records from the Finance Ministry to that effect.

"We expect our honourable Ministers of State to be factual especially when they appear before the people's representatives...Dr Prempeh was economical with the truth in response to his response to Free SHS.

"That our [NDC's] progressively Free SHS, the government did not pay a Fadden meaning that there was no payment at all to the schools...that statement is a palpable falsehood," he said.

The former Deputy Minister said the Mahama government paid some money and he has asked former Deputy Finance Minister, Casiel Ato Forson to make the documents available so it will be made public.

Although he could not tell how much was released, he was emphatic some payment was done.

"If the Minister had said there were some arrears that I would agree with him," he said.