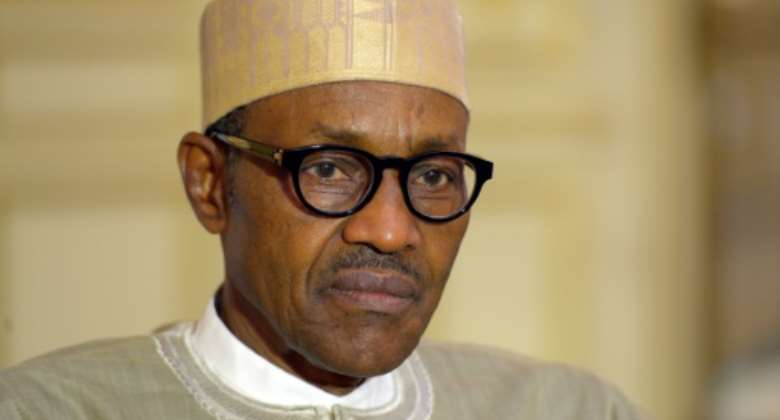 Buhari, addressing a joint session of lawmakers in Abuja, said the spending was a 16 percent increase over 2017 and aimed to "consolidate on the achievements of previous budgets and facilitate Nigeria's economic recovery."

He said critical sectors of the economy like roads, health, housing and job creation would be given priority next year.

"As a government, we are determined to bring succour to our people and deliver on our promises," he said.

Buhari came to office in May 2015 as global oil prices were plunging, ravaging the finances and economies of oil exporting nations like Nigeria, which depends on oil for 70 percent of state revenues and 90 percent of export earnings.

The west African powerhouse slipped into recession for the first time in more than two decades in August 2016, returning to growth only this September.

Buhari said the budget was based on an estimated oil production of 2.3 million barrels per day as against 2.2 million bpd in the previous year.

The budget assumes a price of $45 dollars per barrel -- more than $15 per barrel less than the current price for the main international contract -- and an exchange rate of 305 naira to the dollar.

Buhari said 38 percent of the budget would go to capital projects, while recurrent expenditure would be 3.49 trillion naira.

He said a little over two trillion naira would be spent on debt servicing, adding that a growth rate of 3.5 percent was targeted, while inflation was expected to drop to 12.5 percent from the current 15 percent.