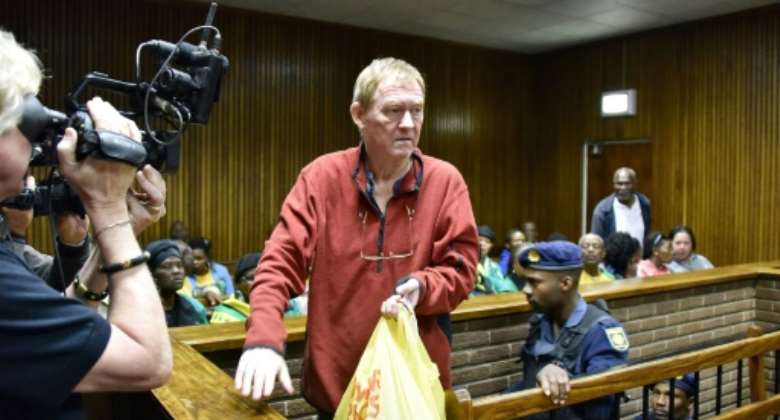 Peter Frederiksen has been found guilty. By CHARL DEVENISH (AFP/File)

A Danish man accused of mutilating women in South Africa and storing their genitals in his freezer has been convicted of dozens of charges.

Peter Frederiksen was found guilty of 36 offences in the Free State High Court on Monday including producing child pornography, raping a minor and conspiracy to murder, local media reported.

Frederiksen, a gun shop owner in his 60s, pleaded not guilty to all charges. He will be sentenced at a later hearing.

Twenty charges related to the removal of human tissue were dropped as the court found that the law did not clearly specify what penalties should apply for the alleged crimes.

His wife, 28-year-old Anna Matseliso Molise, was set to be the state's key witness but she was gunned down in October 2015 outside her house in Maseru, capital of neighbouring Lesotho.

South Africa has legislation prohibiting female circumcision, although it is not a common practise in the country.