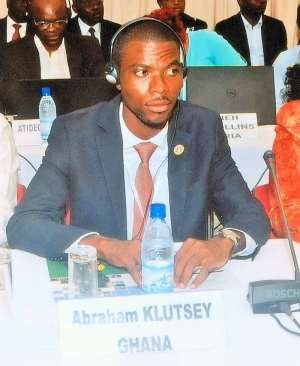 YPS-AFRICA, Youth for Peace and Security- Africa is a peacebuilding and violent conflicts prevention-resolution organisation that started operating in Ghana in 2012. We adopt an innovative Social Science Program (SSP) and creating networks of youth/citizens to proactively and collectively prevent and resolve violent-bloody conflicts safely, effectively and inexpensively.

Alavanyo-Nkonya bloody conflict, which is at the northern Volta of Ghana, is one of the oldest conflicts in Africa that started 1923 and has caused the killing of many people including children, youth, women and grandparents. The conflict has increased human suffering and denied the people access to better education and healthcare. Millions of Ghana Cedis of state funds have been pumped into this conflict for peacekeeping operations since.

On 4th December 2013, YPS-AFRICA launched a self-funded peacebuilding project with the consent of all the concerned state authorities and with active participation of most of the chiefs, elders, queen mothers, women and the youth of both Alavanyo and Nkonya. We went camping in the conflict dangerous and ravaged communities of both towns to gain the trust and friendship of the people to investigate the special or the driving interests, concerns, fears, and perceptions in the over ninety years bloody conflicts. That was for the bottom-up approach to resolve the conflict through a local and collective design.

During our camping and investigations, allegations came up strongly from some leaders, renowned people and very convinced people that a conspiracy of state officials are making huge money from the moneys meant for peacekeeping operations and managing the conflict. This same conspiracy also has a hand in the illegal weed farming and lumbering by the alleged heavily armed group in the disputed natural resource areas. This heavily armed group is believed to occasionally move to any community and shoot to kill anybody, as they know the people will first suspect their opponents. This raises tension in the conflicts. Then the Volta Regional Security Council comes in to warn the two parties not to go close to the disputed enriched areas. The soldiers and the police on the ground (peacekeepers) are also restricted not to go close to the bush, the disputed areas where the illegal lumbering and the weed farming go on. The group then operates freely. The innocent field police and soldiers who try to get close to the issue and do something different to help the people are transferred immediately.

We chose strategically not to confront these allegations head-on. We knew if we were able to build a sustainable peace, harmony, understanding and collaborations between the people of Alavanyo and Nkonya those corruptions, criminalities and the human rights violations link to this conspiracy of these state officials will stop automatically. We know a lasting peace between the people of Nkonya and Alavanyo is a great threat to the blood money making of these state officials. Therefore, we focused more on building a lasting peace.

After almost a year of activities of preparations including creating and expanding our network of locals and information, psychologically healing the victims of the conflicts, facilitating formation and inauguration of the new Nkonya and Alavanyo negotiating teams we were almost through with the first phase of the project. We continued to prepare the new negotiating teams, community observers and the moderating teams made up of the Warrant Officer of the ground military at the time, a member of the Volta Regional Peace Council and the Executive Director of YPS-AFRICA. We secured the Kpando municipal assembly hall for the peace talk.

When the peacetalk or the reconciliation was about to start as prepared for, the Volta Regional Coordinating Council (VRCC) issued a suspending letter dated 2nd December 2014 that blocked the peacetalk from starting. This was followed with very intimidating and harassing actions from them using new faces of some police and the military. They succeeded in making sure the peacetalk between the people of Nkonya and Alavanyo never started. VRCC complained bitterly that if the peacetalk go on they would be embarrassed. They argued that they were constitutionally mandated to resolve the conflict and not YPS-Africa.

On 6th January 2015, over two thousand people of Nkonya, finding this excuse from the VRCC so ridiculous and shocking, embarked on a first time-ever demonstration, all in red attire and demanded of the former president John Mahama to investigate the Regional Security Council. The former president sent the vice president Paa Kwesi Amisah together with other state security officials to meet the people on the matter at Kpando on the 9th January 2015. The vice president appointed the paramount chief of Kpando to continue with the peacebuilding process under guidance of the VRCC. They promised the people to start the peace process on 11th January 2015. Allegedly, the conspiracy again facilitated and funded a court suit against Togbe Dagadu challenging his legitimacy as the paramount chief of Kpando. This was later communicated that since Togbe Dagadu himself was in a conflict he did not have the moral justification to mediate the conflict. This was a good excuse by the by the regional security council to block and prevent the peacetalk between the people of Alavanyo and Nkonya.

Since 11th January 2015, the Volta Regional Security Council has championed and oversee duplicative, cosmetic and hypocritical activities such as organising football matches between carefully selected youth from both town, joint eating, heavily guided cross visits, calling on the people to apologise to president Mahama, inviting and meeting with carefully selected people from both sides at Ho (the capital), signing peace flag and singing peace songs. With the escalations of the conflict as of 2017 and the attitude of the state officials, those activities are increasingly deemed cover-ups activities to protect personal and beneficiary interests in the conflict.

Since the blocking of the peacetalk by the VRCC on 2nd December 2014, the distortion, chaos and lack of control among the local network YPS-AFRICA created preventing reprisal attack and collecting information, fifteen (15) people were murdered as of September 2017. There is severed increased in human suffering in the communities accessing food, better education and healthcare.

The recurrence of the killing of people; increased human sufferings and growing tension have forced YPS-AFRICA to write and petitioned bodies such as the Interior Ministry, the previous council of state, the office of the president and the national police head office. The previous council of state acted and commissioned an investigative committee into the matter. The committee came out with a very wild and interesting report. The previous Council of State never acted on the report. The other state institutions we petitioned demonstrated no interest, appeared aware of the conspiracy of the corruption and are afraid to act or are part of it.

These external personal interests in conflicts heavily influence escalations and difficulties in resolving the conflict. This may be influencing the Bawku, Binbila and other conflicts in the north of Ghana. It will again derail the efforts of YPS-AFRICA in helping end these conflicts.

It has been almost four years and continuous killing of innocent people ever since the VRCC blocked the peacetalk. We can no longer sit for more people to be killed. We can no longer sit for more hardship and suffering on the people. Therefore, we have petitioned a fearless and active organisation, United Nations to institute an independent investigation into the matter to help end human sufferings.

For more information, clarity, letters and documents, report of the previous council of state and further discussion kindly contact the undersigned. We want a larger public discussion on this matter as violent conflicts in one way or the other affects us all.

Network of citizens for peace and security in Africa, NCPSA

'Captain Smart arrest is intolerance, he did no wrong' – Med...
31 minutes ago