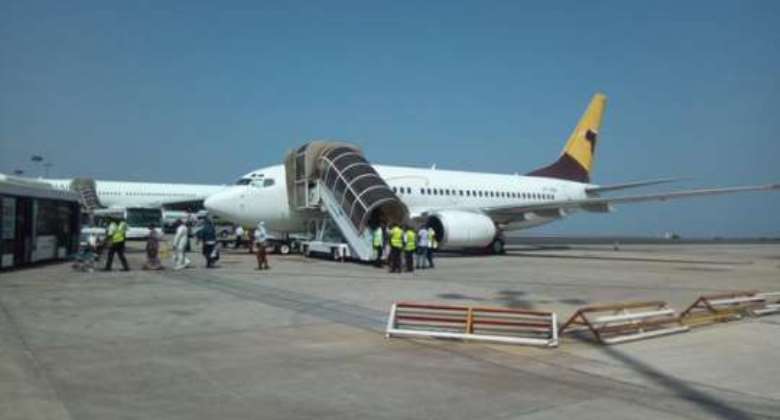 Passengers will now be able to fly directly to and from Accra, Freetown and Banjul via ASKY Airlines.

The Airline also has a four-time weekly flight to Monrovia.

The Pan-African Airline has realigned its schedules with that of its strategic Partner, Ethiopian Airlines to be able to link these destinations in West Africa to the rest of the world via ET's hub in Addis Ababa.

Mr Worlanyo Afadzinu, the Country Manager, ASKY Airlines, told the GNA that this was a direct flight that would offer the travelling public options and easy flying between these cities on a safe and comfortable Airline.

Mr Afadzinu, speaking at the commencement of the maiden flight to these destinations, said the patronage was encouraging and management was happy and assured its clients that they would endeavour to serve them better.

He said this was a three-time weekly flight from Accra to Freetown and Banjul.

He said as part of the strategic partnership with Ethiopian Airlines, the Airline would bring passengers from all over the world through its hub in Addis Ababa into Accra and ASKY connects them to Freetown, Banjul and Monrovia.

Mr Afadzinu said the Airline was operating the new generation of aircrafts like the B737.

He called on its clients to endeavour to patronise the resumed route, since it was convenient and safe for the traveller.

The Country Manager said the Airline had also structured it in a way that, management gives extra baggage allowance to both the economic and business class clients.

He said with the idea to promoting connectivity on the continent of Africa, it was also providing high means of revenue to the Ghanaian government and promoting Ghana in the process for passengers to experience the country.

"Management is really happy with the maiden flight to these destinations and commended its travel partners and media for their support,' he added.

ASKY is the pan-African airline that was created by regional institutions: the Bank for Investment and Development (EBID), the West African Development Bank (BOAD) and the ECOBANK Group.

ASKY is a commercial company under private law and managed by experienced professionals from Africa.