Influence Of The Invisible Hands: A '' Shocking'' Trump Victory In Retrospect 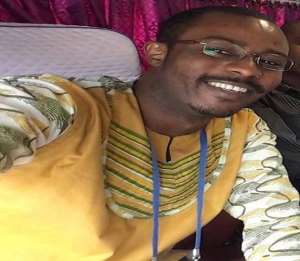 Well, the rest of the world woke up in shock and awe as USA decided to create a NEW WORLD ORDER by granting Donald J. Trump a stunning victory that many like me find it very difficult to comprehend. Have we any choice? Majority rule simply prevailed for a ‘’Trumping’’ Trump Pence leadership regardless of the backlash, scathing attacks, and devastating revelations.

Losing an election to a candidate who proved beyond measure to be immeasurably divisive and unpopular as Donald Trump baffles my thinking (I JUST CAN'T THINK FAR) whereas serving as an indictment on the opinion poll, pollster predictions, media hype, influential celebrity endorsement and agonised objective analysts and floating voters for years to come.

Suffice it to say, we await the permeating factors that guaranteed this shock wave and once the ‘’shock fever’’ passes, we would surely be privy to glimpses of some rational explanation for such reality. Scholarly definitions of politics, elections, poll projection, expert analysis, mass opinion heavily defeated by the seemingly unexpected outcome.

Logic and rational analysis paralyzed at this moment, a situation that can be likened to a tragic comedy while the world awaits a predictable Trump Presidency.

Perhaps the ‘’invisible hands’’ may become visible. Competing powers like Russia and China may cast some shadows. The invisible hand may not have interfered in the election, but, maybe they helped a bit with the Wikileaks on the alleged email scandal brouhaha that enveloped the electioneering process in the last hours.

Honestly, I am bed-stricken with ‘’shock fever’’, but, still holding onto my analytic lenses, I strongly believe and hope observers from afar string along with my thought process.

From all indications, Hilary was an obvious choice right from the word ‘’GO’’. She stooped to conquer, looked well positioned, privileged with incumbency advantage coupled with massive celebrity endorsement and the gender card advantage via sympathy empathy as I choose to call it.

On the flip side of the coin, we all witnessed trumping Trump making suicidal statements that every political strategist and electioneering expert thought was the end of the man.

Trump’s victory has further deepened the believe that incumbent parties rarely hold on to power after eight years (the case of my Ghana) in office. Political allusions point to the very fact that George H.W Bush, following Reagan, was an exception, but politics has become progressively more polarized since those years and symbolically pendulums have a habit of swinging in that regard.

Another factor which cannot be left in oblivion is the issue of a disgruntled youth (white majority) who feel immigrants and foreigners alike have taken their places for the rare socio-economic opportunities on the social stratum of the USA. Are they justifiable?

The ‘’never say die until the bones are rotten’’ attitude and character of Trump served him well. His display of tough defiance and radical ideologies appealed to the disgruntled youth (white majority and some racial extremists) has itself also become ‘’the new game’’ in town. More so, an important golden rule in American politics in this 21st century.

Trumps journey to power is a wonder. This can be freely woven from a biblical allusion which states that the stone that the builders rejected has become ''the corner stone’’. The new American President, His Excellency Donald J. Trump at a point was rejected by his own political faithful, the Republicans, a decision based on principle, morality, rationality, and logic. At the time, the Republican commodity (Trump Candidacy) on the political market was not selling amid all the devastating revelations about his past, women issues, alleged sexual harassment and tax exemption issues et al. Indeed, these were difficult moments where his own party seemingly treated him as an article of scorn. In this trajectory, written off repeatedly during the Republican primary, and only maneuvered during the general election.

In this analysis, from my peace of mind, BREXIT comes into play. Symbolically, he nonetheless epitomized the same anti-establishment mood that led the Great Britain to vote to leave the European Union.

Fairly or not, my favourite candidate Hilary Clinton has been dealt with an incurably deadly blow that can take endless time to recover. Politics has once again proven to be no respecter of persons, popularity or opinion polls.

Many lessons abound for political strategists seeking to hold onto power to earn from by unearthing the loopholes and cementing the negligible cracks in the walls.

Facebook and Social media have proven to be one of the modern sophisticated tools that can be utilized for a far-reaching impactful campaign. There is no denying the fact that major news outlets and media giants in the annals of electioneering coverage were seemingly pro-Clinton and appeared anti-Trump.

Agenda setting, a concept I learned in my undergraduate study days as a political science student depicts a situation where the media can indirectly influence public opinions and sway attention from the real happenings on the ground. As I seek to find answers to this ‘’shock wave’’, I posit, could it be that Trump had much support on the grounds but it was not trumpeted by the media giants? Well, Facebook and Social media served Trump’s campaign to the detriment of agenda setting. Amid the recriminations, special attention is likely to be reserved for the pollsters, who showed Clinton clinging to a comfortable three- or four-point lead in national opinion polls going into the election. Backstage preparation seemingly won the day for the Trump camp.

To every foreigner, Muslims including my African brothers and sisters in the states, just eschew any form of fear and panic and brace yourself for anything. If the USA led by Trump reviews its foreign policy direction to the rest of the world in a bad taste, the larger good shall prevail.

Trump’s election is an unmistakable rejection of a political establishment and an economic system that triggered uproar among the frustrated youth / white folks who claim to be more American than the other mixed race Americans. Forgetting that America is great because it is a nation built on diversity and thrives on it till date.

I have no shred of doubt, however, that the decency and common sense of the American people, state institutions, and laws will prevail, and curtail any unhealthy move.

After this latest global wake-up call, the need for a real alternative to consolidating democracy must not only dwell on elections, else we commit what we call the ''fallacy of electoralism’’. Democracy in any part of this world including Trump’s America can only be consolidated when all manner of persons are tolerated while upholding their basic human rights as global citizens in a sojourned land like the USA.

A Trump government must be based on working together, social justice and economic renewal, rather than sowing fear and division as cried by many. And the solutions we offer have to improve the lives of everyone, not pit one group of people against another.

From where I sit, I can only wish Americans the very best of luck in this new era because they need it in the next 5 years or more. They have made their choice. The urgent necessity is now for us all to work across continents including my Ghana to tackle our common fair share of the global challenges facing us to secure peace, take action on corruption and deliver economic prosperity and justice to all humanity.

Indeed, my long held propounding of politics is much justifiable now; politics is thicker than blood. I know enough of the game now through empowering women for leadership and to have almost lost the capacity of being much surprised by anything.

In the words of John F. Kennedy, a former USA president, ‘’Let every nation know, whether it wishes us well or ill, that we shall pay any price, bear any burden, meet any hardship, support any friend, oppose any foe to assure the survival and the success of liberty’’.

Now, bring on the surprise, Mr. Trump! Desperation for power can make a person do surprising things; maybe we will see a new Trump in the aftermath of this fierce election.

To the OBAMA family, you did your best to uplift Hilary for victory. But, it did not work. However, congratulations on the successful completion of your final term as President, probably you are going down as the coolest and best American President ever with a wonderful wife, Michelle. Cheers ^^

Authored by:
Richard Zinleri
M.sc. International Development Cooperation
PSPS, Yeungnam University
Korea Republic, South.
About Author:
Richard Zinleri is a budding thought advocate, youth leader, writer and a Human Resources Manager from Ghana, with the Local Government Service. He is a graduate student at PSPS, Yeungnam University in South Korea, majoring in M.Sc. International Development Cooperation. He holds a BA in Political Science from University of Ghana, where he was active in student leadership, and has experience in writing journal articles, policy analysis, research and politics. He writes from Yeungnam University, Gyeongsan.